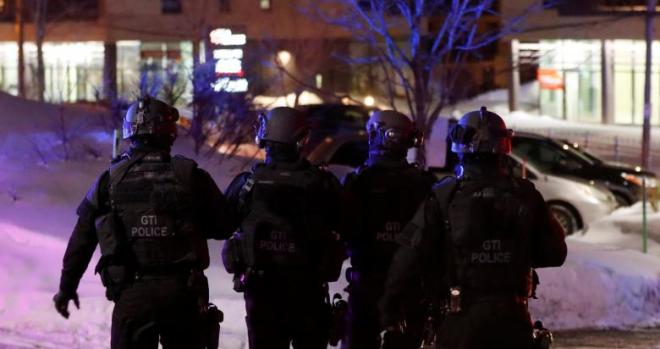 A witness told that up, to three gunmen fired on about 40 people inside the Quebec City Islamic Cultural Centre.

"Why is this happening here? This is barbaric,” said the mosque's president, Mohamed Yangui.

Quebec police on the scene said there had been fatalities and that two people had been arrested.

"There are many victims ... there are deaths," a Quebec police‎ spokesman told reporters.

A witness said a heavily armed police tactical squad was seen entering the mosque. Police spokesman Etienne Doyon declined to say whether there was still a gunman inside the mosque.

Police later tweeted: "The situation is under control."