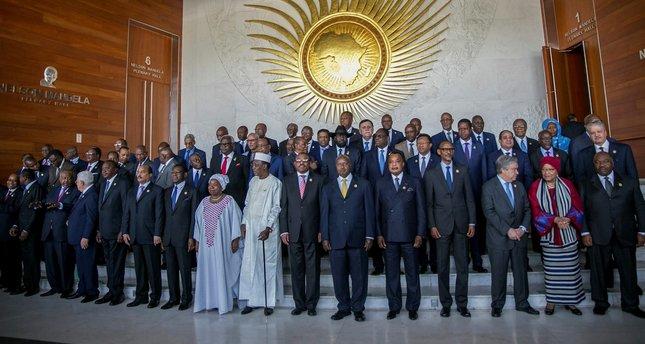 Western Sahara and African Union sources have told the Associated Press that Morocco has officially been admitted back in to the continental body after 32 years of isolation.

Axar.az reports that, the decision for Morocco to rejoin the AU came Monday at the African leaders summit in Addis Ababa, Ethiopia.

“Morocco has been admitted to join the AU with a view that it will become the 55th member of the continental body. That’s made with the understanding that Western Sahara will remain a member of the AU,” said Lamine Baali, ambassador of Western Sahara to Ethiopia and the African Union. “All the debates were focused on (the issue) that Morocco should respect the internationally recognized border of Western Sahara.”

An African Union source who followed the debate for Morocco to return to the continental body told the Associated Press that 39 countries supported Morocco’s bid but nine countries voted against it.

The nine “were countries in Southern Africa, except Swaziland,” said the source, who spoke on condition of anonymity because he was not authorized to speak to the press. “Most of the debate was related to the border (with Western Sahara). But the decision has finally been made for Morocco to rejoin the AU and become the 55th member. It is now adopted.”

Morocco left the pan-African bloc in 1984 after a majority of the member states recognized the disputed territory of Western Sahara as a member. It claims the territory in defiance of U.N. resolutions for a referendum on the independence.