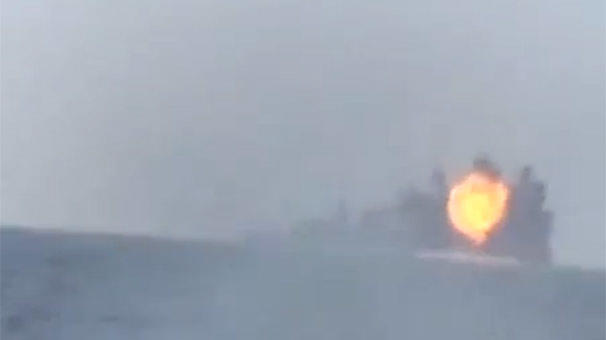 "A Saudi frigate on patrol west of the port city of Hodeida was hit by a terrorist attack from three suicide boats belonging to the Houthi militias," Saudi state media said, according to Reuters.

However, the Saudis and Iranian media disagree on whether a missile or bomb-laden boat carried out the attack.

Footage claiming to show the attack surfaced on Monday.

Iranian state media claimed the attack was carried out by Houthi militants in Yemen with a guided missile against a Saudi navy vessel.

The media cites a source as saying the vessel had 176 sailors and officers, as well as a combat helicopter, on board at the time of the attack.