Tusk: Trump as threat to Europe 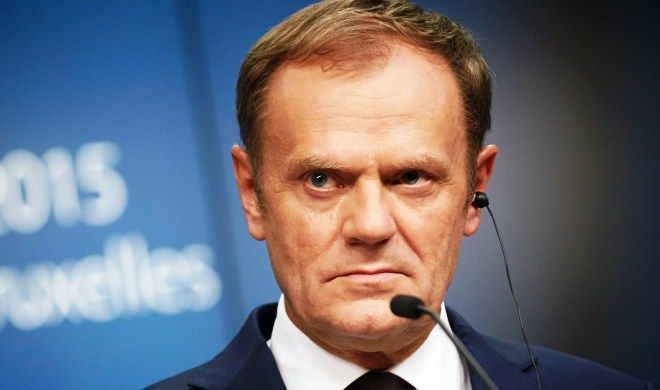 Axar.az reports that, he said the change in Washington was part of an external threat that also included an assertive China, an aggressive Russia and radical Islam.

In a letter to 27 European leaders, Mr Tusk also said he believed most of them agreed with him.
Several statements from Washington have prompted alarm in Europe's capitals.
In his letter, issued ahead of an EU summit in Malta this week, Mr Tusk said the new US administration placed the EU in a "difficult situation" as it appeared to "put into question the last 70 years of American foreign policy".

He concluded: "We cannot surrender to those who want to weaken or invalidate the Transatlantic bond, without which global order and peace cannot survive. We should remind our American friends of their own motto: United we stand, divided we fall."