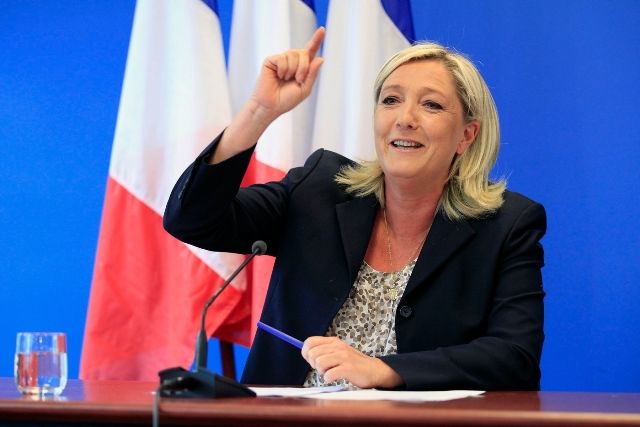 France’s far-right National Front party leader Marine Le Pen has announced plans to hold a referendum on France’s exit from the EU and on amending the constitution if she wins the country’s presidential election this spring.

Axar.az reports that, in the interview with Le Monde newspaper published on Thursday, the French politician said the referendum on amending the constitution will take place shortly after the parliamentary elections in June.

Le Pen proposes introducing a ban on creating isolated communities, allowing national priority (limiting employment of foreign workers), protecting and developing historic and cultural heritage, reducing the number of MPs from 577 to 300 and senators from 348 to 200.
The other proposed measures are changing the plurality voting system in the National Assembly (lower house of parliament) to a proportional one, establishing the supremacy of the French law over European agreements and introducing referendums upon people’s initiative.
Le Pen said if she becomes France’s president, she will "immediately go to Brussels to launch talks on returning four sovereignties (to France) concerning currency, law, budget and territory. "Six months after winning the polls, I will hold a referendum on leaving the EU. If I achieve this (from Brussels), I will offer the French citizens to stay. Otherwise, I will advise them to leave the EU," she said.