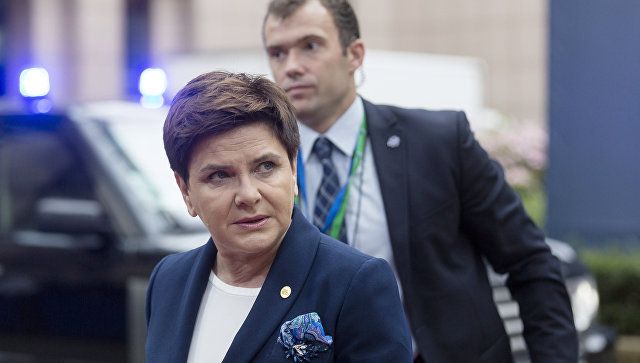 Polish Prime Minister Beata Szydlo was in a car wreck on Friday that involved a young driver in a Fiat 500 hitting her car from the side and was being checked out in a hospital, officials and news reports said. Her spokesman said she was not badly hurt.

Axar.az reports that, the accident occurred in the southern town of Oswiecim, which is Szydlo's hometown, Radio TOK FM reported. Szydlo was traveling in a convoy on the town's main road when another car coming from a side street drove into the convoy, forcing her car off the road.

Sebastian Glen, a police spokesman, said that car was a Fiat 500 driven by a 20-year-old.

Government spokesman Rafal Bochenek told the news agency PAP that Szydlo was being checked out in a hospital but was fine.

"Fortunately, nothing bad happened to the prime minister," he said.

Polish media reported that others involved in the accident had suffered injuries.

It was the second such accident involving a convoy that Szydlo was traveling in.

In November, several vehicles in a Polish government convoy collided during a state visit to Israel. Szydlo was not in one of those that collided but two other Polish officials had minor injuries.