Russia in Tajikistan to ensure security with Afghanistan 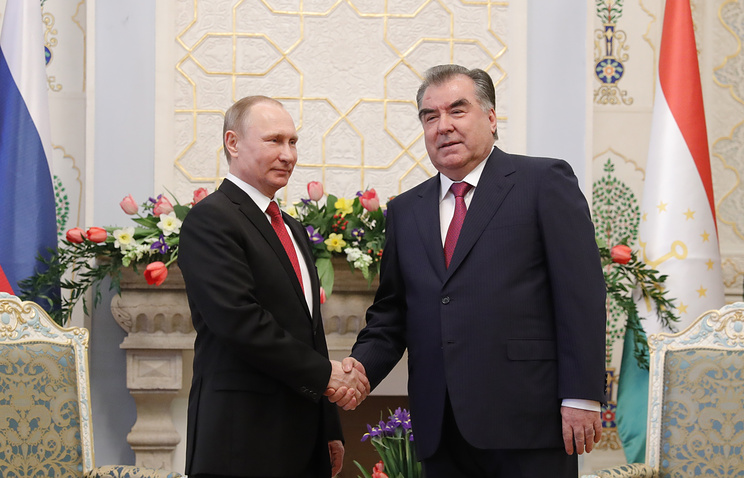 Russia and Tajikistan have agreed to employ the capabilities of the Russian 201st military base in Tajikistan to ensure the security of the Tajik-Afghan border, Russian President Vladimir Putin said following his meeting with Tajik leader Emomali Rahmon.

Axar.az reports that, according to Putin, both Moscow and Dushanbe are concerned over the spread of terror groups, including the Islamic State (outlawed in Russia), in Afghanistan, as well as the growth in drug trafficking and the rise in crime.

"In this connection, (Russia and Tajikistan) have agreed to boost joint efforts aimed at protecting the Tajik-Afghan border, particularly to employ the capabilities the Russian 201st military base in Tajikistan," the Russian president said.

The Russian leader also emphasized the importance of security and defense cooperation between the two countries.
"There is a Russian military base in Tajikistan. I would like to thank you for your attention to this sphere of our cooperation and for the assistance you have been providing to our base. I have no doubts that this is also an important factor of stability and security in the region, particularly in Tajikistan," Putin said.

​He noted that Tajikistan was a friendly country that had been cooperating with Russia for many years. "Tajikistan has always been one of our most important allies and a strategic partner in every respect. We very much value our cooperation with Tajikistan and your personal activities aimed at maintaining regional stability," the Russian president said.