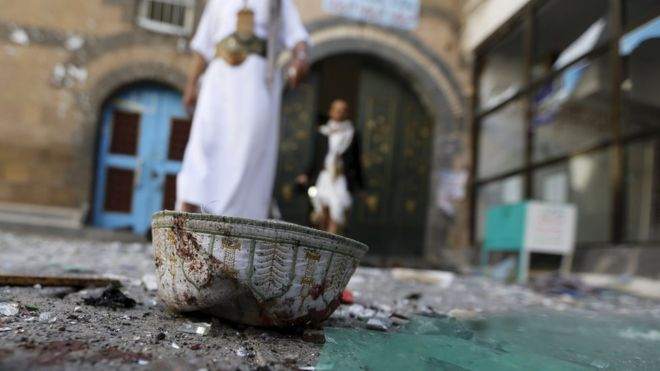 A number of civilians and Islamic State members were killed in an attack that hit a mosque run by the militants and damaged neighboring houses in the west of the Iraqi city of Mosul on Wednesday, three residents said on Thursday.

The Omar al-Aswad mosque, in the al-Faruq district of the old city center, was hit by an airstrike, three residents in the same area told Reuters by phone.

Neighboring houses were damaged or collapsed because of the blast, they said without giving a precise estimate of the casualties as their moves are restricted by the militants.

The spokesman for the U.S.-led coalition said he wasn't aware of a strike targeting the mosque. Iraqi military media officers said the battle was ongoing and troops were targeting Islamic State wherever they could, but did not say this specific mosque was targeted.

When Islamic State took over Mosul in 2014, it ordered Iraqi police and armed forces members who remained in the city to go to the same mosque. They had to surrender their weapons and register in the group's data base, in return for a mandatory pass to prevent their arrest and execution at the militants' check points.

Iraqi forces captured the eastern side of Mosul in January after 100 days of fighting and launched their attack on the districts that lie west of the Tigris river on Feb. 19.

If they defeat Islamic State in Mosul, that would crush the Iraq wing of the caliphate declared by the group's leader, Abu Bakr al-Baghdadi, in 2014 from the city's grand old Nuri mosque.

The Nuri mosque is located in the same area as the Omar al-Aswad mosque.