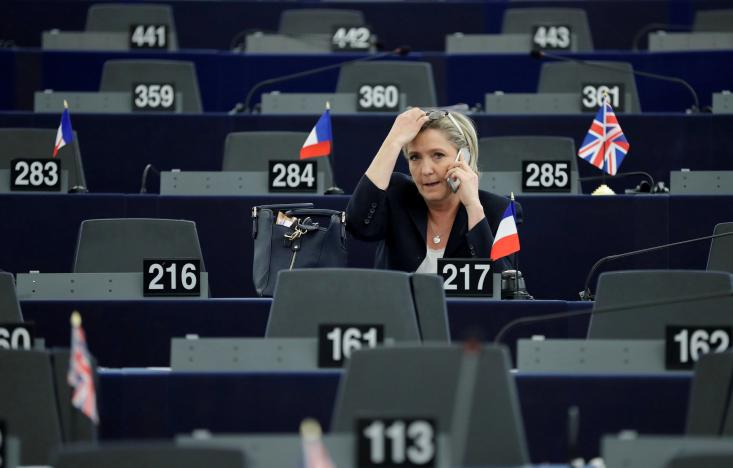 Axar.az reports that, Le Pen, who leads her National Front party in the European legislature, is under investigation in France for posting three graphic images of Islamic State executions on Twitter in December 2015, including the beheading of American journalist James Foley.

Le Pen's immunity shielded her from prosecution. By lifting it, after a request from the French judiciary, the parliament is allowing any eventual legal action against her.

The move grants the prosecutor looking into the affair power to bring Le Pen in for police questioning.

In the next steps, the prosecutor could drop the case, appoint an investigating magistrate to delve further into it, or send it straight to trial. A trial date ahead of the election in April and May would require the French legal process to go much faster than it normally does.

The offence being considered is "publishing violent images", which under certain circumstances can carry a penalty of three years in prison and a fine of 75,000 euros ($78,930).

She has denounced the legal proceedings against her as political interference in the campaign and called for a moratorium on judicial investigations until the election period has passed.

Le Pen has already seen her earnings as MEP cut for a different case involving alleged misuse of EU funds.