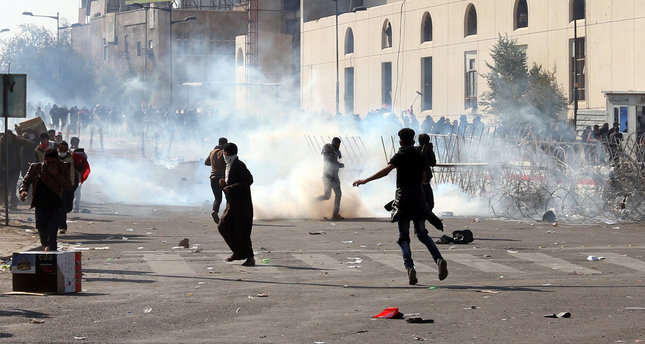 Iraqi forces have displaced more than 100 families from their homes over suspected familial links to Daesh, a prominent human rights watchdog said Sunday.

Axar.az reports that, militias loyal to the Iraqi government taking part in the liberation of Mosul have been displacing entire families in retribution over some family members joining Daesh, Human Rights Watch said.
"These families, accused of wrongdoing by association, are in many cases themselves victims of Daesh abuses and should be protected by government forces, not targeted for retribution," HRW Deputy Middle East Director Lama Fakih was quoted as saying in a statement.

The watchdog interviewed a number of those displaced to a refugee camp near Tikrit in February, finding out that 125 families were displaced by the Popular Mobilization Forces (PMF) militias from an area of the Saladin governorate in late 2016 after a local decree ordering to expel Daesh affiliates. Most of these families either denied having relatives in Daesh or said these were distant family members.
"Iraq’s parliament should issue a decree calling on the local governorate councils to rescind the decrees and on armed forces to cease the forced displacements, reiterating the unlawfulness of these displacements," HRW said, urging for quick action before the practice spreads further across the country.

The destruction of property belonging to the so-called Daesh families, as well as detentions and beatings, were also noted.