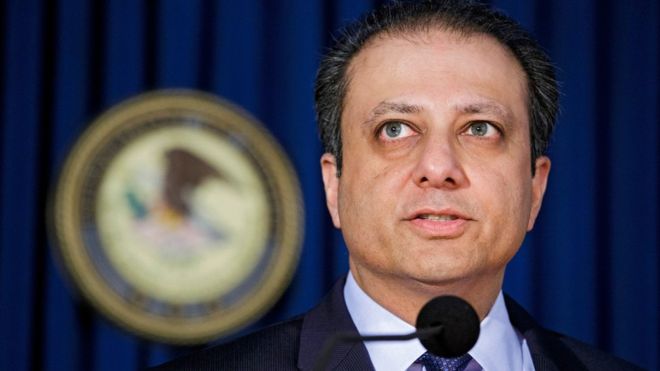 A New York federal prosecutor who refused to resign when he and 45 other prosecutors were asked to by the Trump administration says he has been sacked.

Axar.az reports "I did not resign. Moments ago I was fired," said Preet Bharara on Twitter. Mr Bharara was first asked to remain in his post by President Donald Trump, when they met after the election.

But on Friday he was included in a list of prosecutors appointed by former President Barack Obama who were asked by the Justice Department to step down. Mr Bharara's tweet continued: "Being the US Attorney in SDNY (South District New York) will forever be the greatest honour of my professional life."

Presidents often order appointees of the previous administration to resign but the decision to replace so many in one swoop raised eyebrows. Mr Bharara's inclusion in the list came as a particular surprise. He told reporters in November that he had been asked by Mr Trump to stay on, and had agreed.

The prosecutor rose to prominence after pursuing high-profile corruption cases and cases against Wall Street bankers.