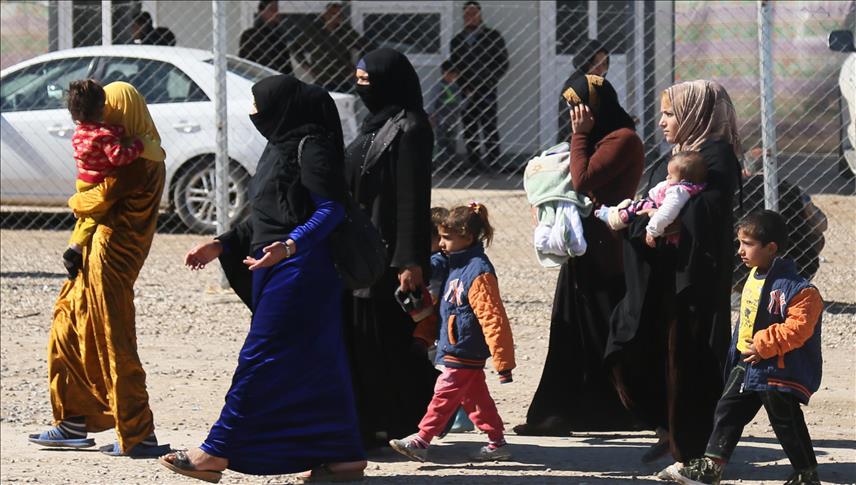 The total number of Iraqis to have been displaced from western Mosul now stands at 111,000, according to Iraqi Minister of Displacement and Migration Jassim al-Jaff, who added that the ongoing displacement rate had reached between 7,000 and 8,000 people per day.

Al-Jaff made the assertions at a Monday parliamentary session convened in the presence of several government ministers -- including those of health and planning -- to discuss the crisis.

According to the minister, the crisis will only be resolved once displaced populations return to their homes in liberated parts of Mosul and local infrastructure -- damaged by weeks of fighting -- is repaired.

On Sunday, the minister put the number of people to have fled western Mosul since Feb. 19 -- when fresh army operations were launched to capture the area from the Daesh terrorist group -- at some 100,000.

The latest offensive comes as part of a wider campaign launched last October to retake the entire city, which Daesh overran in mid-2014.