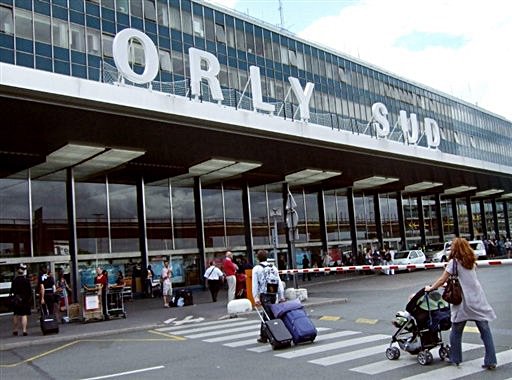 The man tried to grab a policeman's weapon. The military opened fire and eliminated the individual.

The Orly Sud terminal has been evacuated.

According to France's ministry of internal affairs, no one was wounded.

A special task force unit arrived at the scene to check whether the man had any accomplices. Combat engineers are looking for possible explosives as the perpetrator could have had a suicide belt.

Earlier in the day, another man shot at police in the La Courneuve town near Paris, and fled. His car was found in vicinity of Orly. No links between the incidents have been established.