Total of 1,359 settlements have joined ceasefire 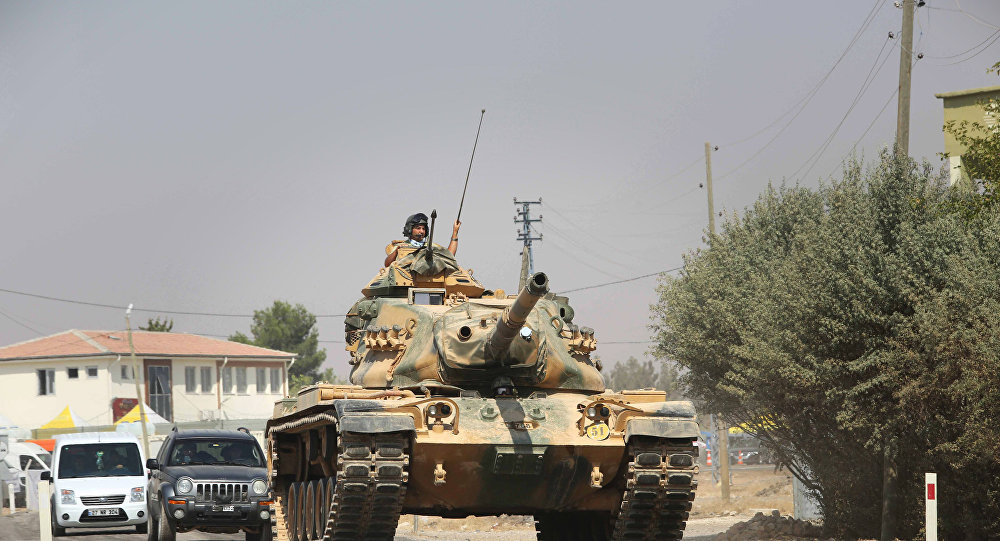 The total number of inhabited areas, the leaders of which had signed reconciliation agreements in Syria has reached 1,359, according to the Russian Defense Ministry.

Axar.az reports that the number of settlements that have joined the cessation of hostilities in war-torn Syria has increased to 1,359, the Russian Defense Ministry said Sunday.

"Within last 24 hours, 3 ceasefire agreements have been signed with representatives of Jinderiyah in the Latakia province, Mazraa in the Suwayda province as well as Hadr in the Quneitra province. The total number of inhabited areas, the leaders of which had signed reconciliation agreements has reached 1,359," the ministry said in a daily bulletin posted on its website.

According to the document, negotiations on joining ceasefire regime have continued with field commanders of armed opposition units operating in Aleppo, Damascus, Homs, Hama, and Quneitra provinces.