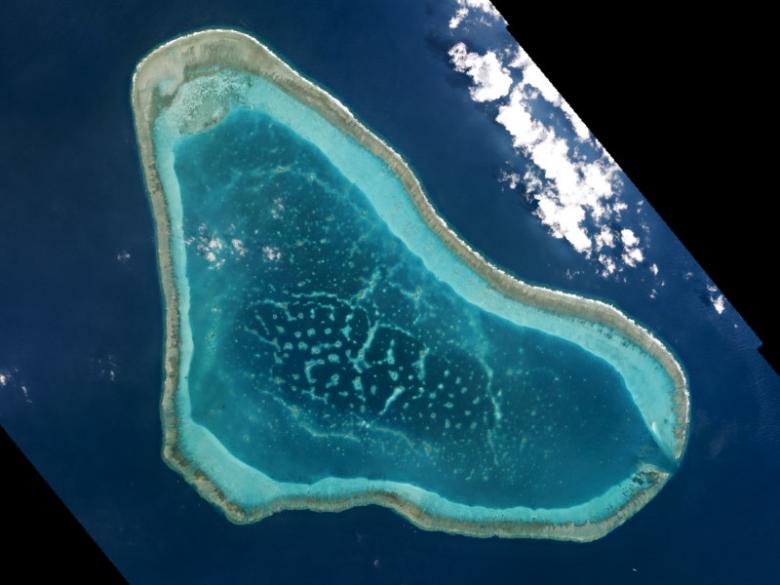 China's Foreign Ministry on Wednesday denied reports that China will begin preparatory work this year for an environmental monitoring station on disputed Scarborough Shoal in the South China Sea.

China seized the shoal, which is northeast of the Spratly islands, in 2012 and denied access to Philippine fishermen. But after President Rodrigo Duterte visited China last year, it allowed them to return to the traditional fishing area.

Earlier this month, Xiao Jie, the mayor of what China calls Sansha City, said China planned to begin preparatory work this year to build environmental monitoring stations on a number of islands, including Scarborough Shoal.

Sansha City is the name China has given to an administrative base for the South China Sea islands and reefs it controls.

"According to the relevant bodies in China, the reports you mention that touch upon building environmental monitoring stations on Scarborough Shoal are mistaken, these things are not true," she added.

"With regards to Scarborough Shoal, China's position is consistent and clear. We place great importance on China-Philippines relations."

Xiao Jie's comments about the plans as quoted by the state-backed Hainan Daily had been amended to remove mention of the shoal in the paper's online version when checked by Reuters on Wednesday.

Earlier in the day, the Philippines formally asked China's embassy in Manila to explain news reports about building plans for Scarborough Shoal.

"We have sought clarification from China on reported plans on Scarborough Shoal," Charles Jose, foreign ministry spokesman, said in a text message sent to news organizations.

In a radio interview later, Jose said it is important for the Philippines to strengthen its defense and maritime domain awareness capabilities.

He said the Philippines should also step up cooperation with its allies and regional partners who share the country's position in maintaining peace and stability in the South China Sea, resorting to peaceful settlement of disputes and adherence to rule of law.

"We should maintain the civilian nature so as not to escalate tensions," he said, reacting to some suggestions the Philippines deploy warships to Scarborough Shoal to assert Manila's claim on the rocky outcrop.