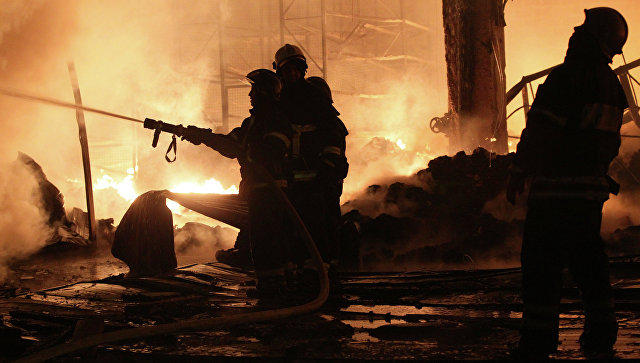 An explosion in the small hours of Thursday triggered a fire and a chain detonation of munitions at a military depot near the city of Balakleya in Ukraine’s Kharkov region, Ukrainian 24 TV reports.

"A powerful explosion occurred at a military base in Balakleya" at the biggest in Ukraine ammunition depot, the TV channel reports. According to local media, residents are evacuated. According to eyewitnesses cited by 24 TV, streets are swarmed with cars leaving the city.

A short video from the site shows a glow of major fire and new explosions are heard every second. There have been no immediate reports about casualties or damage.
Ukraine’s UNN (Ukrainian National News) news agency said the fire started at about 4:00 Moscow time. At the moment, a crisis center has been deployed in the area and measures are taken to localize the fire. A group of officers from the Defense Ministry led by Deputy Defense Minister Lieutenant General Igor Pavlovsky are heading to the site.