The influence of Ivanka Trump in the White House 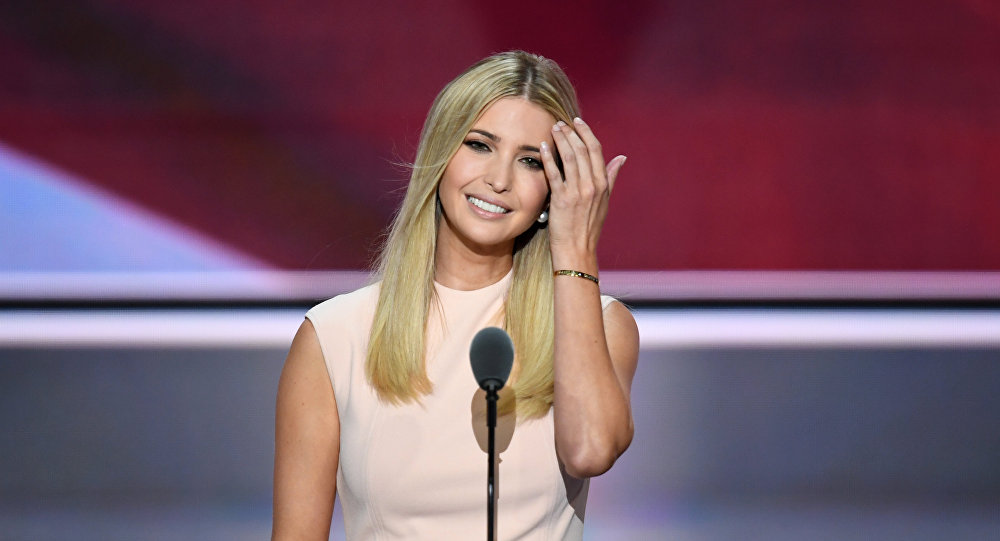 It has recently become known that Ivanka Trump will take a seat in the White House. Although she will not receive an official state post or salary, the daughter of the US President Donald Trump will advise her father on a wide range of issues, Politico magazine reported.

Axar.az reports that Ivanka Trump, 35, is accustomed to the limelight. She is a successful entrepreneur, has a good education and has made a career for herself in her father's corporation.
Russian editor-in-chief of “Russia in global politics” magazine Fyodor Lukyanov spoke with Sputnik in an interview sharing his opinion about how well Ivanka Trump will do in the political sphere.

“In the United States it is not customary to blame politicians for family ties, because the entire political elite is built on a dynastic clan principle. From Clinton, to Bush and Kennedy,” Lukyanov said.

He further said that Hillary Clinton became a senator immediately after her husband’s presidential tenure was over and later on ran for president.

The editor also said that there are number of US Congressmen who came to their post through indirect inheritance, i.e., they continued the tradition of their fathers and grandfathers.

“If that does not violate the law and is not related to corruption, then Trump has the right to make anyone his advisor. Undeniably, the president will be ‘bitten’ for doing this but that will be a consequence of prejudice and not because of any real reasons,” Lukyanov said.

Ivanka Trump played a major role in the election campaign of her father. However, it seems like Donald Trump still needs her around because, according to Lukyanov, he finds it difficult to trust people around him.

“Trump as a true private entrepreneur prefers to rely on close people, whom he trusts and Ivanka Trump is a very bright and active young woman with her own position and ability to behave in public. Therefore, many believe that she is really well prepared for this,” the editor said.
Ivanka, by all accounts, does not mind taking on the duties of the first lady, acting as a hostess at official events and meetings with heads of state. Especially since Melania Trump has refused to move to Washington, Ivanka Trump has been more active in participating in such official dealings.

Ivanka Trump has successfully mitigated Trump's harshest public statements. Thus, she has already proved that she can have a deterrent effect on her father.

Furthermore, she is capable of not only supervising her father, but also changing his position on issues of women's rights and nature protection.

For example, during his election campaign Donald Trump stated that he was not a fan of the Paris climate agreement and promised to review the conditions for US participation in it. However, his daughter was successful in changing Donald Trump’s mind and persuaded him not to do so to the delight of many including the Wall Street Journal, which reported about this.

The US president is full of praise for his daughter. On Twitter, Trump expressed admiration for her behavior amid a scandal regarding the failure of retail chains to sell clothes under her brand.

“I am so proud of my daughter Ivanka. To be abused and treated so badly by the media, and to still hold her head so high, is truly wonderful!” Trump wrote.

There are many examples in political spheres when the children of political leaders continued the work of their fathers. The current leader of France’s National Front Marine Le Pen is the youngest daughter of Jean-Marie Le Pen, founder of the political movement.

Marine managed to turn her father's party into a serious political force. She made it more moderate and more popular with the mostly conservative electorate. Today, she is one of the main contenders for presidency in France.

In both North and South Korea, power lies in the hands of the children of long-established dynasties. In the North, Kim Jong-un is the son of former leader Kim Jong-il and grandson of the first head of the Communist Party of the country, Kim Il-sung.

Whereas, in South Korea, until very recently, power had lain with Pak Kun He, daughter of President Pak Jong He. The family’s dynasty was interrupted when she was forced to leave her post due to impeachment.