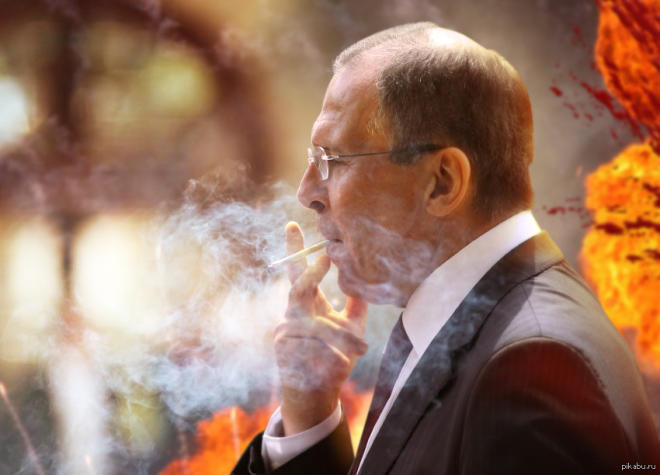 Moscow’s efforts are aimed at preventing a new round of violence in southeastern Ukraine, Russian Foreign Minister Sergey Lavrov said in an interview with Russia’s Argumenty i Fakty weekly.

"Russia is a peaceful country, we have no territorial claims against our neighbors," he assured. "We are interested in being surrounded by stable and prosperous countries with whom we can build a partnership in the spirit of good-neighborliness. At the same time, our efforts have been aimed at preventing ‘hotheads’ in Kiev from launching another round of violence in the southeast of that country. Anyway, we will not leave residents of the Donbass region high and dry."

"Today it is obvious that the peace process has stalled because of the Ukrainian leaders’ reluctance to honor their obligations under the Minsk agreements," the top diplomat emphasized. "We will push ahead with efforts to make sure that Kiev stops the blockade of Donbass and embarks on their full-fledged implementation. We expect a similar approach on the part of Western nations, which have repeatedly stated that there is no alternative to the Minsk accords and pointed of the need of their early implementation."

According to Lavrov, while seeking the early implementation of the Minsk agreements, Moscow proceeds from the assumption that "a long-term solution to the problems related to the deep crisis that hit Ukraine can only be found by political and diplomatic means."

"The Package of Measures for the Implementation of the Minsk Agreements of February 12, 2015, was approved by the UN Security Council, which passed the corresponding Resolution 2202 on February 17, 2015," the minister recalled. "We are confident that there is no alternative to the Minsk [accords] today, and the West agrees with that."

"The main thing envisaged by the Minsk agreements is direct dialogue between Kiev, Donetsk and Lugansk," Russia’s top diplomat said. "Neither Russia, nor the new US president, nor anyone else can do anything for the warring sides other than what the settlement really depends on - reaching an agreement with each other directly on mutual security guarantees and the principles of building a joint future."