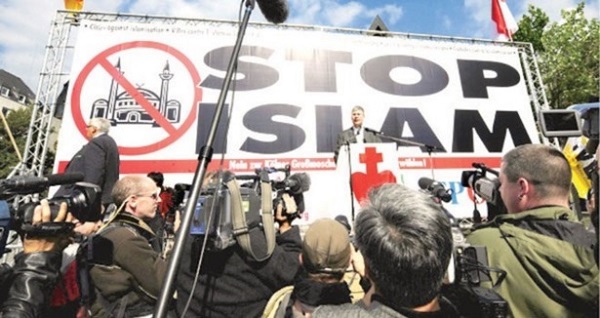 Islamophobic attacks in Austria increased 65 percent in 2016 compared to the previous year, a report has suggested.

Axar.az reports that the research by the Documentation and Consultancy Center for Muslims said the number of attacks against Muslims reached 253 in 2016, compared to 156 in 2015.

A large majority of incidents involved Muslim women, researchers said, with well over half taking place on public transport or other public spaces.

According to the report, 31 percent of attacks were written or verbal, 30 percent fell into the "hate speech" category, 12 percent targeted Muslim institutions and 5 percent were physical assaults.

The report added some of the attacks took place in governmental institutions.

Austria's Documentation and Consultancy Center for Muslims was established in 1979 and has recorded attacks against Muslims since 2014. It also offers a counselling service to the victims of Islamophobic attacks.

From a total population of around 9 million people, Austria is home to around 600,000 Muslims; the vast majority are of Turkish origin.