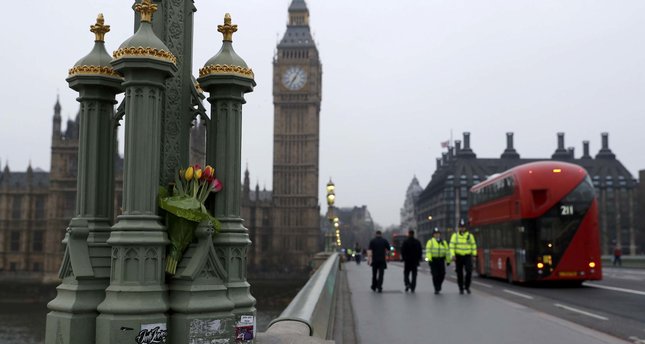 British police officers will be linking hands with members of a Muslim youth group on a London bridge to mark last week's attack outside Parliament that killed four people.

The Metropolitan Police Federation says the intention is to link hands across Westminster Bridge from the south to the north at the moment the attack began at 2:40 p.m. on March 22.

The Ahmadiyya Muslim Youth Association says its members plan to wear T-shirts printed with the message "I am a Muslim, ask me anything."

The expression of solidarity marks the moment Khalid Masood mowed down pedestrians on the bridge, killing three. He then fatally stabbed a policeman in the Palace of Westminster's forecourt.

Police say there's no evidence that Masood was directly linked to Daesh or al-Qaida.