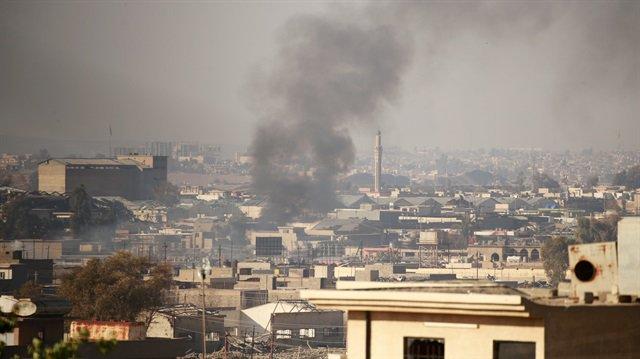 Iraqi forces say they are pushing into the Old City of Mosul and closing in on a key mosque despite fierce resistance from Islamic State (IS) militants.

The building was where IS leader Abu Bakr al-Baghdadi proclaimed the establishment of a "caliphate" in 2014.

Gen Jawdat said police had also retaken the Qadheeb al-Ban district and the al-Malab sports stadium, to the west.

Elite troops from the interior ministry's Rapid Response Force were also advancing into the Old City on Wednesday, an official told the Reuters news agency.

Iraqi government forces launched a major offensive to recapture Mosul, the last major IS urban stronghold in the country, in October.