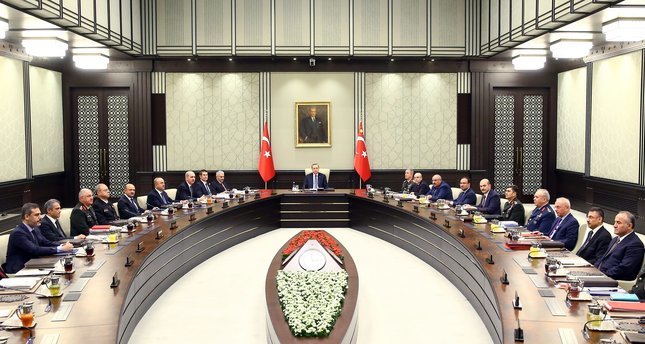 The second National Security Council of 2017 chaired by President Recep Tayyip Erdoğan convened late Wednesday in the Presidential Complex in Ankara and lasted for about four hours.

Axar.az reports that in the statement released after the meeting, it was reiterated that financial aid and military support provided to terror groups by Turkey's allies harms bilateral relations.

The statement implicitly pointed to the U.S.'s support to the PKK's Syrian affiliate the PYD and its armed wing the YPG.

Turkey considers the PYD and its armed wing, the YPG, as terror threats and believes that these organizations are offshoots of the PKK, which is officially recognized as a terrorist organization by the U.S., the EU and Turkey. The EU and the U.S., however, do not recognize the PYD or the YPG as terrorist organizations. Turkey strongly opposes the presence of any PKK-affiliated groups south of its border, both in Iraq and Syria, saying it constitutes a threat to its national security.

Turkey's relations with the European Union was also discussed in the meeting, the statement said.

No advisory jurisdiction regarding the ongoing state of emergency was mentioned in the statement.