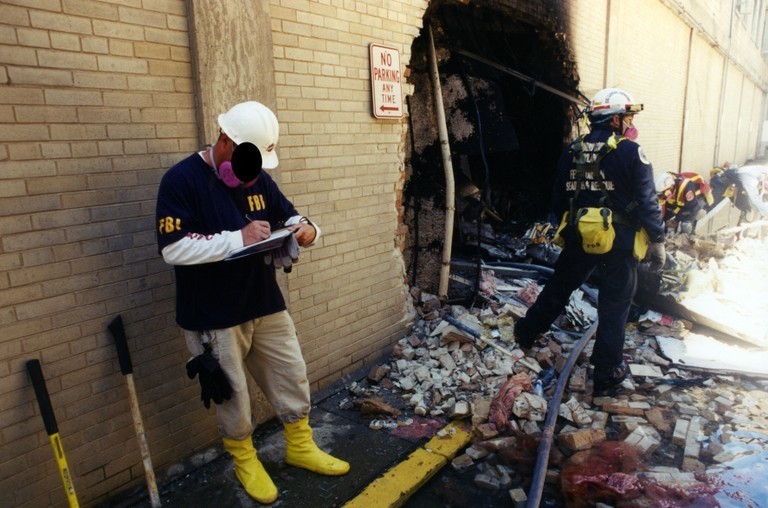 Shown smoldering with fire and heavy smoke after being hit by a hijacked commercial aircraft, new photographs released by the F.B.I. recently visualize the aftermath of the September 11, 2001 terrorist attack in Washington D.C.

The agency released the set of images from the moments after the 9/11 terrorist attack at the Pentagon that had never been seen before by the public eye.

Parts of the hijacked plane, American Airlines flight No. 77 are shown scattered around on the floor inside of the Pentagon the morning of September 11, 2001.

The terrorist attack at the Pentagon killed 125 people, and 2,996 people died from the attacks in total that day as a result of the attacks. More than 6,000 people were also wounded on 9/11.

The photos were released on the F.B.I. Vault, a database of media from the agency over the years.

There hadn’t been many photos or videos of the attack previously, except for surveillance footage at the Pentagon slowed down frame-by-frame as the plane struck the building.