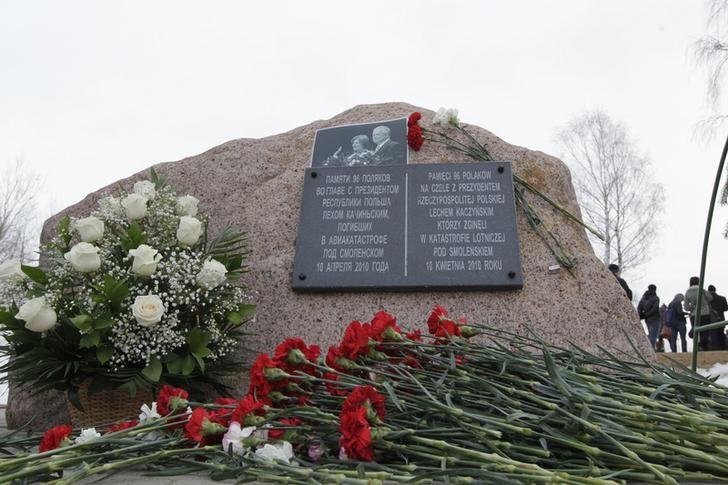 Polish prosecutors said on Monday they would press charges against two Russian air traffic controllers of deliberately causing a 2010 plane crash that killed Poland's president and 95 other people.

The crash near Smolensk in western Russia killed the Polish President Lech Kaczynski and his wife, as well as the central bank chief, top army brass and several lawmakers.

An inquiry by the previous centrist government returned a verdict of pilot error, but the ruling Law and Justice (PiS) party led by Kaczynski's twin brother Jaroslaw, has said the crash may have been caused by an explosion on board.

The prosecutors said on Monday that, among other things, a new analysis of recordings of conversations between the pilots and Russian controllers justified pressing the charges.

"And it is certainly not possible to agree with such conclusions," he said on a daily conference call with reporters, referring to accusations made by the Polish prosecutors.

Russia has so far refused to return the wreckage of the jet to Poland, a member of NATO and the European Union, citing its own continuing investigation.

The accusations of the Polish prosecutors, whom the PiS brought under direct government control, are likely to worsen relations with Russia - already strained over the conflict in Ukraine - and increase tensions within Polish society.

The crash was the worst such disaster in Poland since World War Two and left society deeply divided over its causes.

The Polish prosecutors also said on Monday that the re-opening of the victims' coffins, which had been sealed in Russia, has so far revealed that in two cases remains were in the wrong coffins and in five coffins there were fragments of other bodies.

The prosecutors also said they would co-operate with foreign laboratories to check whether there were traces of explosives on the remains of victims.

The crash took place as pilots attempted to land a Soviet-made TU-154 in heavy fog at a rarely used airport near Smolensk, western Russia, to take part in commemorations of 22,000 Polish officers executed there by Soviet secret police in 1940.