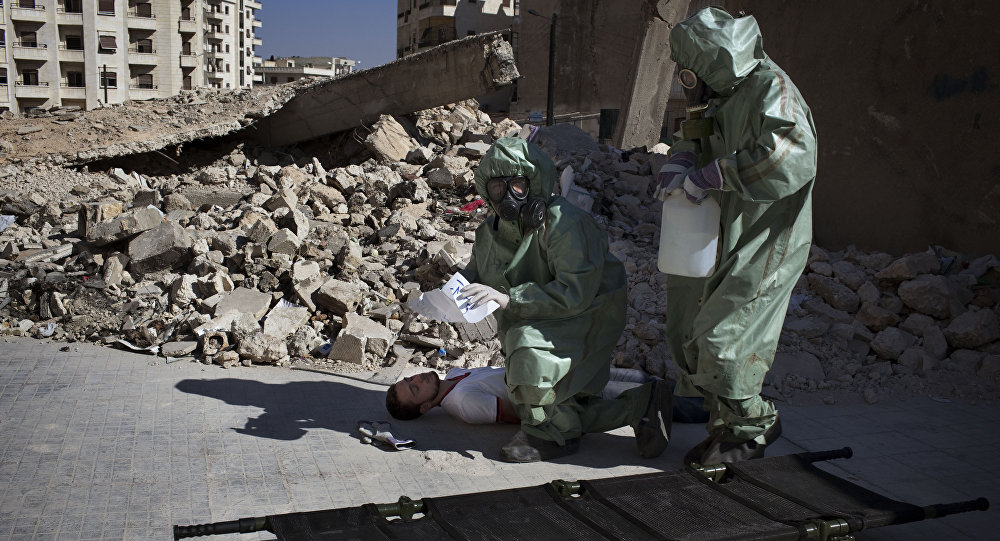 The Syrian army jet that hit the town of Khan Sheikhoun at dawn dropped three conventional bombs and a fourth one that made little sound at impact but produced a cloud of white smoke, according to an activist observing from a nearby hilltop.

Axarşaz reports that Hussam Salloum, a volunteer with an air raid warning service in rebel-held areas, said the Sukhoi-22 that attacked on Tuesday approached at low altitude, leaving behind three columns of dark smoke and the white cloud nearer to ground level.

"The smoke was white and thick," he told Reuters from Khan Sheikhoun. "The smoke began to spread out across the town, until there was a layer over the town," he said, sending a video filmed from an observation point that showed the plumes of smoke.

The Syrian government has strongly denied launching a chemical attack on the town. While Western states have accused Damascus, the Syrian government's Russian allies say the deaths were the result of a Syrian air strike on a rebel arms depot where chemical weapons were being produced. Rebels deny this.

At least 70 people, many of them children, were killed by what the United States believes was sarin gas, in the deadliest chemical attack in Syria since the same nerve agent killed hundreds of people in a rebel-held area near Damascus in 2013.