Iran to keep up military support for Syria regime 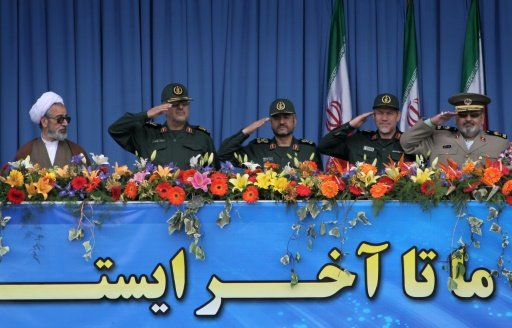 Iran will maintain its support for the Syrian government despite the deaths of hundreds of its advisers and volunteers in the six-year civil war, a commander said in comments published Tuesday.

Shiite Iran and its Lebanese ally Hezbollah are the Syrian regime's most important military supporters after Russia in its battle against mainly Sunni rebels.

"We will send advisers in all fields and offer all help at our disposal so the resistance front doesn't break," the ground forces commander of the elite Revolutionary Guards, General Mohammad Pakpour, told the Fars news agency.

"They are present there now and we will deploy more as long as there is a need for advisory support."

Syrian chief of staff General Ali Abdullah Ayoub was in Tehran for talks on Tuesday.

Dehghan said: "The nations of Iran and Syria are fighting on the same front to remove the lethal threat of terrorism and restore peace and security to the region."

As well as advisers, Iran has sent thousands of "volunteer" fighters recruited among its own nationals as well as the Shiite communities in neighbouring Afghanistan and Pakistan.

It also has military advisers and trainers deployed in Iraq.