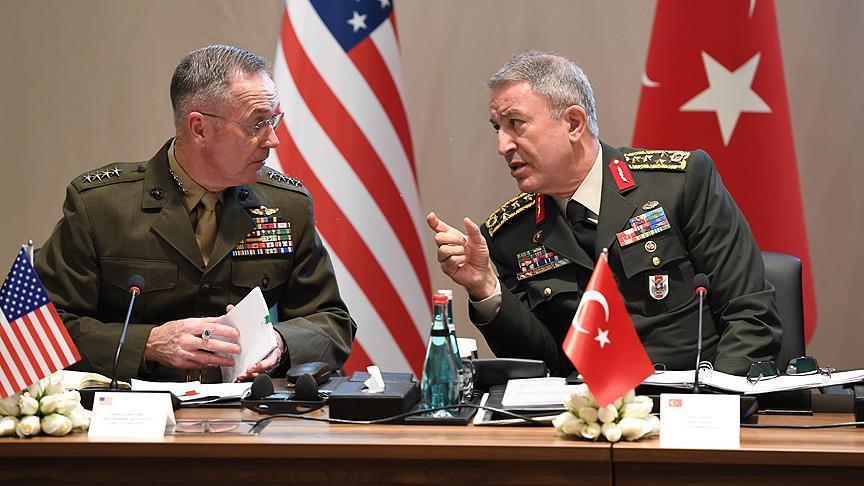 Chief of General Staff Hulusi Akar met his U.S. counterpart Joseph Dunford in Washington on Saturday where they discussed developments in Iraq and Syria, the Turkish military told Anadolu Agency in a statement.

Axar.az reports citing to Anadolu Agency the meeting was held ahead of a U.S. visit by President Recep Tayyip Erdogan later this month.

Turkey, Russia and Iran singed and agreement Thursday that designated de-escalation zones in the Syrian city of Idlib and certain parts of Latakia, Homs, Aleppo and Hama as well as Damascus, Eastern Ghouta, Daraa and Quneitra.

The deal aims at stopping the use of all arms, including air power, between warring parties in the regions. It also attempts to ensure “emergent and continuous humanitarian aid” be sent to the regions.

The agreement will remain in place for six months and could be automatically extended if the three guarantor countries agree.

Checkpoints will ensure the safe flow of humanitarian aid and provide secure passage for civilians. Observation points will monitor the cease-fire in the region.