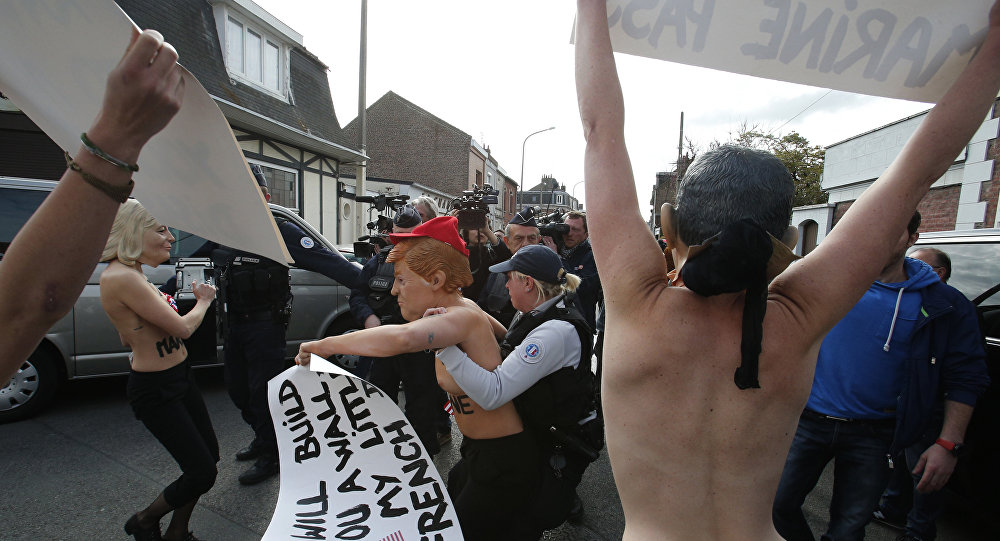 Topless activists from the feminist group Femen on Sunday staged a protest against French right-wing presidential candidate Marine Le Pen in front of a polling station in the northern town of Henin-Beaumont.

Axar.az reports citing to Sputnik one of the most active Femen members, Irina Schevchenko, posted a photo in her Twitter account, showing topless women holding a banner on the scaffolding of the church in front of the polling station, where Le Pen was due to cast a ballot.

The poster said "Marine in Power, Marianne in Despair." Marianne is a national symbol of France, a young woman representing the national motto "Liberty, Equality, Fraternity."

Five women took part in the protest. One of them was arrested by local police.
On the day of the first round of the election, topless Femen activists were detained near a polling station where Le Pen voted.