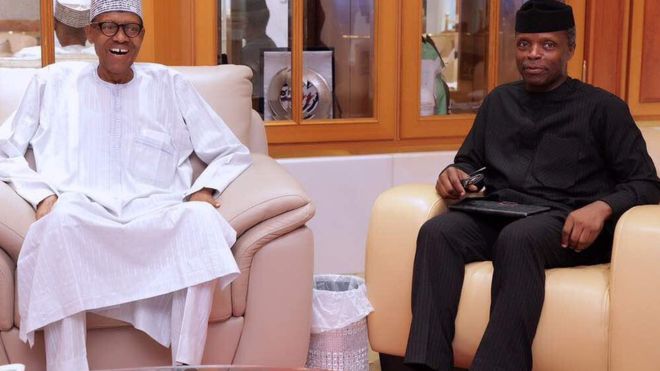 His health has been a major cause of concern in a country where there are fears that a power vacuum could affect its recovery from recession.

In a brief message, the president said "there is no cause for worry".

Mr Buhari, 74, has left Vice-President Yemi Osinbajo in charge, just as he did when he left for London in January for seven weeks of medical leave.

Mr Osinbajo was widely praised at the time for his performance as acting president.

The exact length of the president's stay in London "will be determined by the doctors", a statement from the presidency said.
But, it added, "government will continue to function normally under the able leadership of the vice-president".

His last official act before leaving for London was to meet the 82 schoolgirls kidnapped in Chibok in 2014 who had just been released by Boko Haram Islamist militants.