US jets observed near Russia 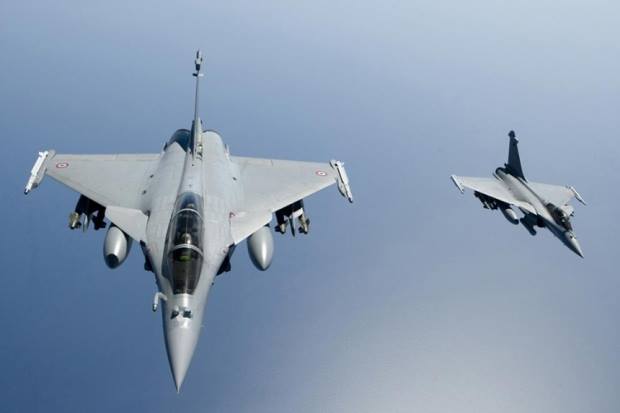 On the day of 72th anniversary of the Victory of the U.S. air force and Sweden conducted a joint reconnaissance operation near the borders of the Kaliningrad region. Official confirmation of this information has been received

A joint intelligence operation near the borders of the Kaliningrad region was held on 9 may, the US air force aircraft and Sweden, reports “Interfax” with reference to websites that track flights of military aircraft.

Base Mildenhall in the UK flew strategic reconnaissance aircraft, the U.S. air force RC-135W tail number and call sign 62-4139 FEVER51. He flew to the Russian border of the Kaliningrad region from Poland. The plane about three hours led electronic reconnaissance along the southern borders of the region, while in the Polish airspace at the height of 9.4 m, as well as over the Baltic sea to the West of the Baltic, where the Russian naval base.

The Agency notes that the scout was approaching the Russian coast at a distance of about 70-80 km.

Around the same time from the base of Malmen in Sweden to the Russian coast in the South of the Baltic sea flew a reconnaissance plane of the Swedish air force Gulfstream 4 with tail number and call sign 102002 SVF622. He was flying along the coast of the Kaliningrad region by elongated ellipse, being at a height of approximately 13 m over international waters of the Baltic sea.

Earlier in February, the Agency reported three-hour radio intelligence operations near the borders of the Kaliningrad region in the Baltic States, which conducted strategic reconnaissance aircraft the U.S. air force.

Then it was on the plane RC-135W tail number and call sign 62-4138 DERN40. He flew with the same air base in the UK and headed toward the Netherlands, Germany, Poland and the Baltic sea coast, where he performed the c of the South-West approach with operational mission to Kaliningrad region. The aircraft was at a height of 9.4 m, maximum approaching to the Russian border was then about 60 km.

The report said that the aircraft in the last time often makes reconnaissance flights near the Russian borders in the South of the Baltic sea. In General, American military aircraft modification RC-135W designed to intercept, recording and analysis of radio, disclosure of deployment of the armed forces and other strategic objectives.