US accuses Syria of killing and burning prisoners 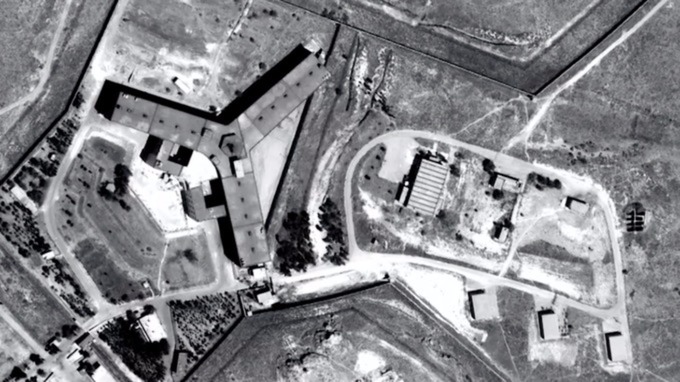 The United States has accused the Syrian regime of killing thousands of prisoners and burning their bodies in a large crematorium outside Damascus.

Stuart Jones, the acting assistant secretary for Near Eastern Affairs, said US officials had evidence that a crematorium had been built at Saydnaya, a large military prison to the north of Damascus.

Mr Jones continued that officials believe the crematorium would be used to dispose of bodies at the prison, where they believe Syrian President Bashar Assad's government has authorised the mass hangings of thousands of inmates during the country's six-year civil war.

"Credible sources believe that many of the bodies have been disposed in mass graves," Mr Jones said.

"We now believe that the Syrian regime has installed a crematorium in the Saydnaya prison complex which could dispose of detainees' remains with little evidence."

Mr Jones added that the US believes the crematorium would be used to cover up mass murders at the prison.

He continued that the US would present the evidence they had to the global community.

In February, Amnesty International said as many as 13,000 people had been slaughtered in a campaign of torture at Saydnaya under Assad’s regime - on average they estimated up to 50 people were being killed each week.

The charity added that the prisoners had been hanged over five years at Saydnaya after confessions were made under torture and trials lasted only minutes.

The Syrian government rejected Amnesty International's claims as"totally untrue", while the country's justice ministry said the allegations were part of a smear campaign and had been carried by "misleading and inciting" media outlets.