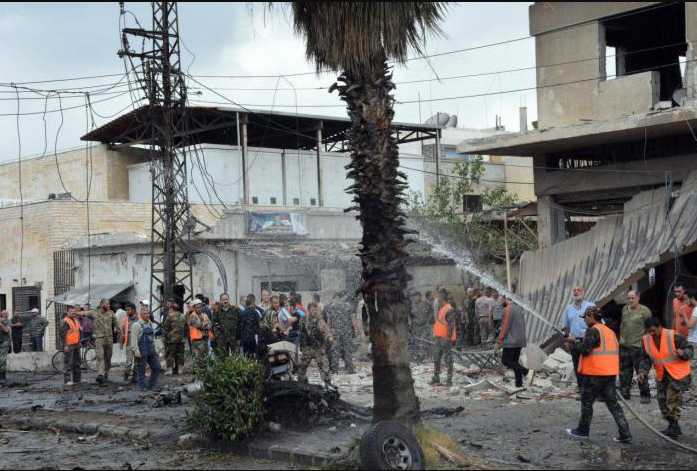 A car bomb exploded in Homs on Tuesday morning, Syrian state television said, two days after the city passed back under full government control for the first time since 2011.

Syrian state television, quoting the head of the Homs health authority, said the blast killed four people and injured 32 in the al-Zahraa neighborhood of the city, which lies around 160 km (100 miles) north of the capital.

Homs governor Talal al-Barazi told Syrian state news the attack was in response to recent gains made by Syrian government forces in Homs.

On Sunday, hundreds of departing Syrian rebels and their families completed the evacuation of Homs's last opposition-held district, al-Waer, which has been under full siege by the government and allied forces for more than a year.

The evacuation completed a deal that brought the whole city back under President Bashar al-Assad's control for the first time since the start of the war.

Pictures broadcast on state television showed a burned vehicle chassis in a blast site in a street, with damage to buildings and surrounding cars.

The second explosion occurred near the Sayeda Zeinab shrine, close to a checkpoint on the Damascus airport road, where the car was intercepted and blown up by Syrian authorities. State media said the vehicle contained two people when it was destroyed.