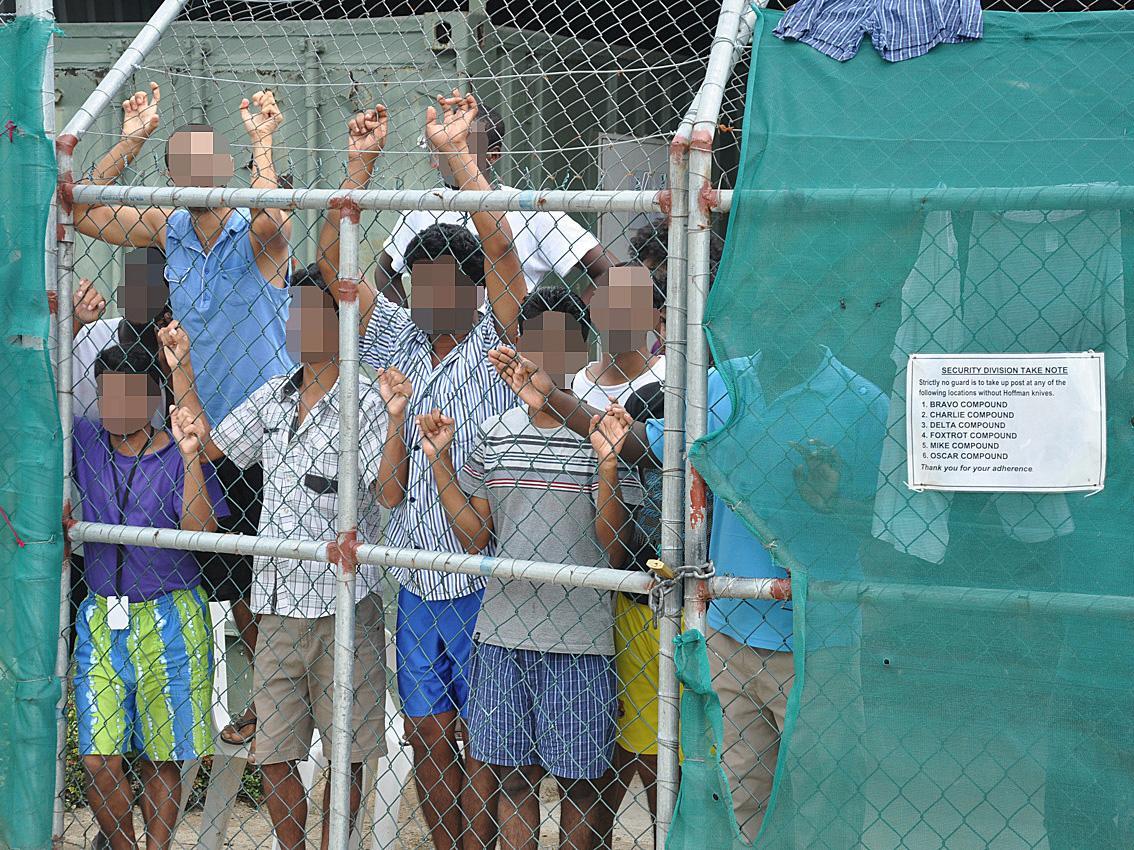 US Homeland Security officials have begun “extreme vetting” interviews at Australia's offshore detention centres, as Washington honours a refugee swap that US President Donald Trump had called “a dumb deal”.

The Trump administration said last month the agreement to offer refuge to up to 1,250 asylum seekers in the centres would progress on condition that refugees satisfied strict checks.

In exchange, Australia has pledged to take Central American refugees from a centre in Costa Rica, where the United States has expanded intake in recent years, under the deal struck with former President Barack Obama.

The refugees told Reuters that interviews began with an oath to God to tell the truth and then proceeded for as long as six hours, with in-depth questions on associates, family, friends and any interactions with Isis.

“They asked about why I fled my home, why I sought asylum in Australia,” said one refugee who declined to be named, fearing it could jeopardise his application for US resettlement.

The security interviews are the last stage of US consideration of applicants.

Manus Island is one of two Australian-operated detention centres, which hold nearly 1,300 people who were intercepted trying to reach Australia by boat.

Human rights groups have condemned the intercept policy and the harsh conditions of the camps. Australia says offshore processing is needed as a deterrent after thousands of people drowned at sea before the policy was introduced in 2013.

A decision on the fate of the first 70 people interviewed is expected to be reached within the next month, a different source who works with refugees said.

A spokesman for Australia's immigration minister refused to comment on the resettlement process.

The US State Department and White House did not immediately respond to questions.

US President Donald Trump's plans for extreme vetting have extended to those travelling to the United States from Muslim countries.

Australia's relationship with the new administration in Washington got off to a rocky start when Trump lambasted Australian Prime Minister Malcolm Turnbull over the resettlement arrangement, which Trump labelled a “dumb deal”.

Details of an acrimonious phone call between the pair soon after Trump took office made headlines around the world. Australia is one of Washington's staunchest allies and has sent troops to fight alongside the US military in conflicts in Iraq and Afghanistan.

The relocation of asylum seekers to the United States is designed to help Papua New Guinea and Australia proceed with the planned closure of the Manus detention centre on 31 October.

But the fate of approximately 200 men deemed non-refugees is uncertain.

Those not offered resettlement in the United States will be offered the chance to settle in Papua New Guinea or return home.

Australia has already offered detainees up to $25,000 to voluntarily return home; an offer very few have taken up.