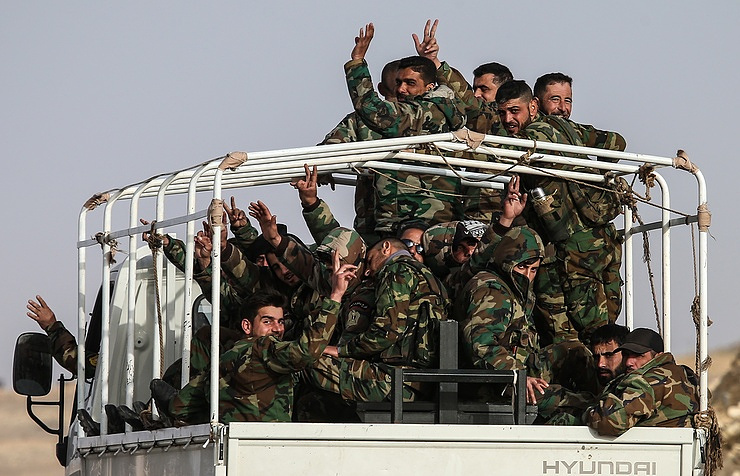 The Syrian pro-government forces supported by militia have repelled an attack by extremist groups, who were trying to infiltrate the Umm-Sahrij district southwest of Palmyra, Libya’s Al-Mayadeen TV reported on Wednesday.

Meanwhile, the Syrian army’s artillery shelled the enemy’s rear positions in the Jabal Mustadira hills east of Palmyra and the area between the Tilal Msheirfa heights and the Habra al-Garbia settlement.

In the past days, the pro-government forces regained control over an area of some 1,200 square kilometers south of Palmyra, including southern and eastern outskirts of the town of Al-Qaryatayn and firing positions along the highway to Damascus in Al Massa. Government forces are also chasing groups of Islamic State militants in the south of the Homs governorate.