Macron just snubbed Donald Trump in the most perfect way 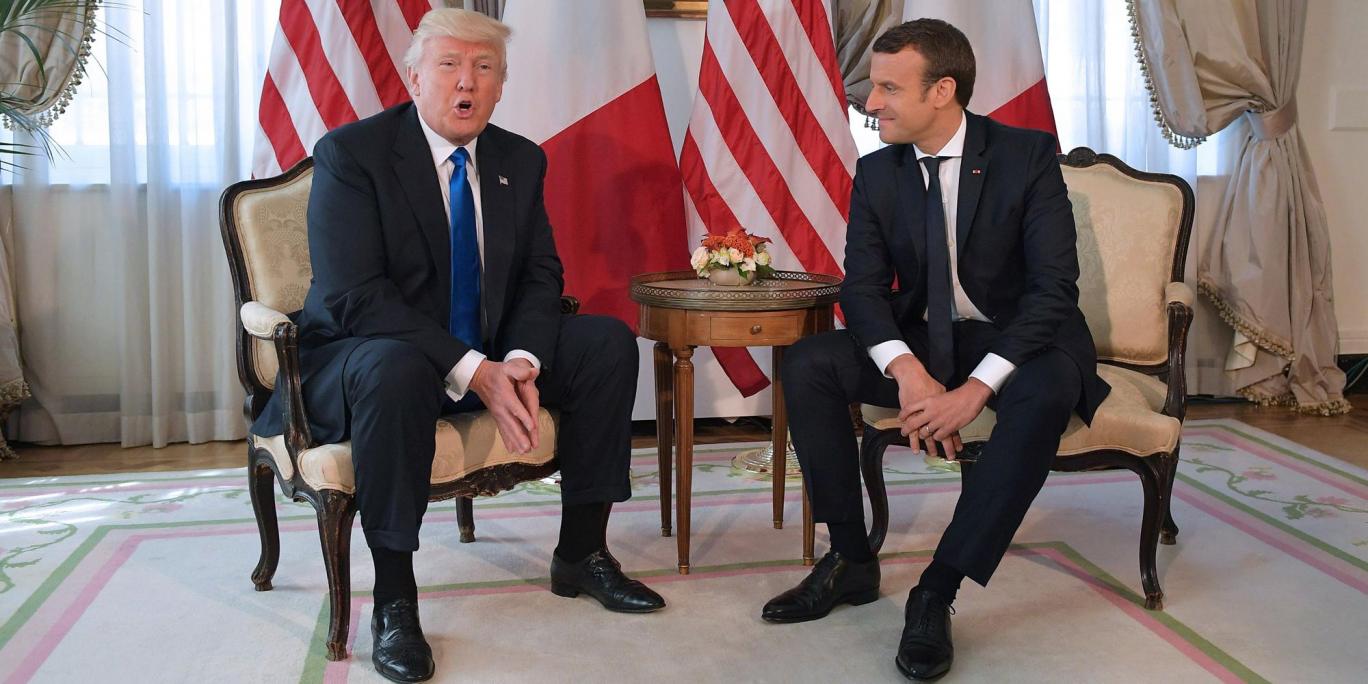 It's not that surprising that when world leaders meet, it all gets a bit competitive.

Last night when the leader of the Nato countries met, Emmanuel Macron, the newly elected President of France, snubbed the Donald in the classiest way.

In the video, tweeted by Macron, himself, he walks towards Donald Trump only to swerve at the last minute and greet German Chancellor Angela Merkel.

He then embraces Merkel in a hug, greets Belgian Prime Minster Charles Michel and Nato secretary general Jen Stoltenber before Trump reached his hand out towards him, and does another one of his 'alpha' handshakes.

Earlier this week, the pair met and seemed to have a 'battle of the handshakes'.

Twitter users have pointed out that watching the leaders in these bizarre scenes has a 'master class in body language'.