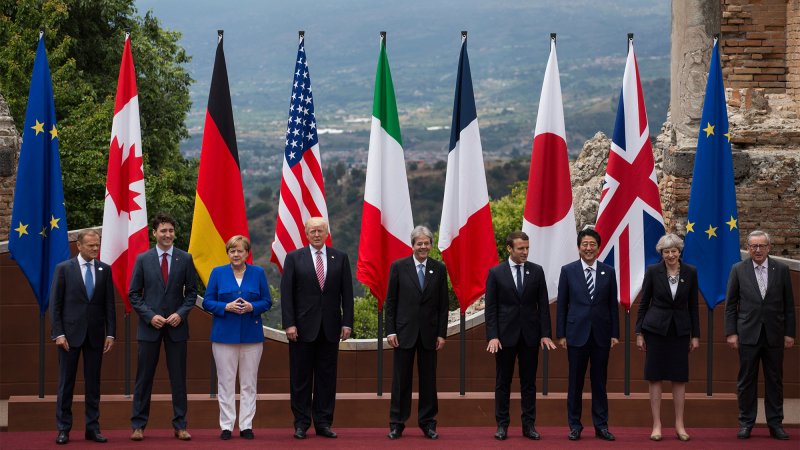 Leaders of the world's major economies gathered in Sicily, Italy on Friday for a G7 summit dominated by terrorism, trade issues and climate change.

Axar.az reports citing AA, the summit - with the theme of 'Building the Foundations of Renewed Trust' - has begun with a family photo of the leaders at an ancient Greek theater in the Sicilian resort town of Taormina.

The G7 consists of Canada, France, Germany, Italy, Japan, the United Kingdom and the United States.

“This will be the most challenging G7 summit in years,” Tusk told reporters before the meeting, stating that some leaders held different positions on climate and trade.

“We know it will not be easy but we would like to get results from the G7,” Italian Prime Minister Paolo Gentiloni said through a video message ahead of the summit.

“We will make a very important statement today,” Gentiloni added; “People are waiting for a message on terror and security from us.”

Migration plus nuclear threats from North Korea will be also on the agenda.

The summit will end on Saturday.