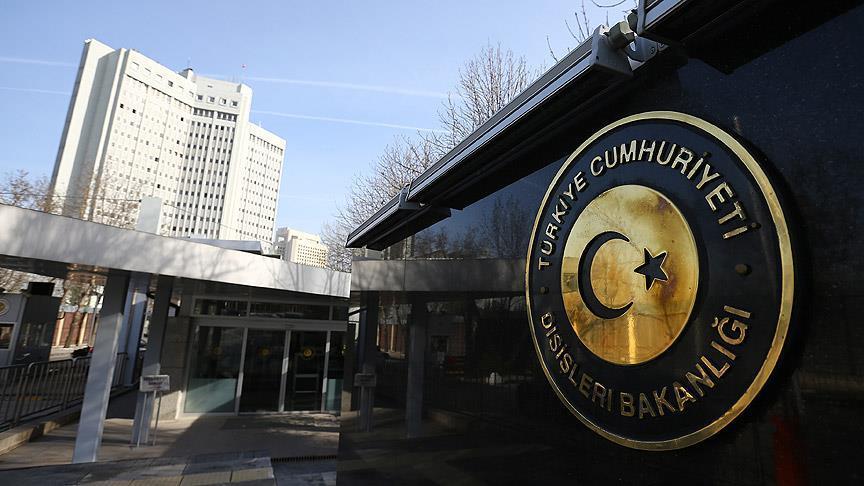 "Baghdad, Kabul and now London. We condemn terrorism whereever it happens. We shall defeat it by joint fight," Cavusoglu tweeted.

At least seven people were killed and 48 others were injured in attacks late Saturday when a van mowed down pedestrians on London Bridge and attackers stabbed victims at nearby Borough Market.

The Foreign Ministry also released a statement on Sunday condemning the "inhuman terrorist attacks in the strongest possible terms".

Turkey offered condolences to the U.K. and expressed solidarity with the British people. “Turkey and the Turkish people, who unfortunately have a profound experience of such attacks, understand and share the pain of the people of the United Kingdom,” the statement read.

The ministry vowed to continue Turkey's support to the U.K. government in its fight against terrorism.

Turkey’s EU Affairs Minister Omer Celik also strongly condemned the attack. "Strongly condemn the London terror attack. My thoughts are with the victims. We stand united with the UK against all sorts of terror," Celik also tweeted.

British Prime Minister Theresa May said on Sunday the U.K. would review its anti-terrorism strategy in the wake of Saturday night’s terror attack. “It is time to say enough is enough,” May said.