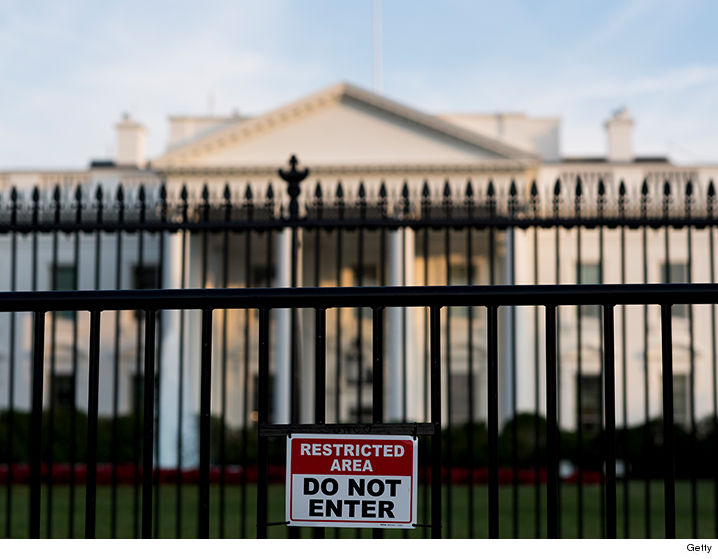 "Today we're proposing to take American air travel into the future, finally," Trump said Monday, flanked by Transportation Secretary Elaine Chao; three of her predecessors, including Elizabeth Dole, the first woman appointed to that position; and former chief operating officers of the Federal Aviation Administration. "We live in a modern age, yet our air traffic control system is stuck, painfully in the past."

Under Trump's proposal, the air traffic control system would be separated from the FAA into a new entity, which the White House says is crucial for eliminating flight delays, saving fuel, and increasing safety measures. The entity, says the White House, would not come at any additional cost to the taxpayers.

"Our plan will get you where you need to go more quickly, more reliably, and more affordably," Trump said.
Congress would need to pass pass legislation for this to actually happen; White House officials explained Monday that the President is only stating his goals of separating air traffic controls from the FAA, and was signing "a decision memo and letter transmitting legislative principles to Congress," according to the press pool .
Pennsylvania Republican Congressman Bill Shuster, the Chairman of the Transportation and Infrastructure Committee in Congress, introduced legislation in 2016 advocating for the separation of the ATC, which the White House said it used as a framework for its proposal. The bill passed the House committee, but never reached the floor for a full House vote, according to the Wall Street Journal, which also reported bipartisan opposition in the Senate to the proposal.

Trump's announcement is one of several events the White House is touting as part of its "infrastructure week." On Wednesday, the President will travel to Cincinnati to speak at the city's Rivertowne Marina, and will host Governors and Mayors at the White House the following day—the same day former FBI Director James Comey, who he fired, testifies before Congress.

At one point, infrastructure was thought to be a possibility for bipartisan cooperation between the Trump White House and Congressional Democrats. Trump had proposed a $1 trillion infrastructure bill on the campaign trail, which Democrats indicated a willingness to support. "We’re not going to oppose something simply because it has the name Trump on it, but we will certainly not sacrifice our principles just to get something done," Senate Minority Leader Chuck Schumer told ABC News in December, noting that he approved of the $1 trillion proposal. But both Schumer and Pelosi, the two highest ranking Democrats in Congress, quickly disavowed Trump's proposal Monday.

"The entire focus of the President’s infrastructure ‘proposal’ is on privatization, which sounds like a nice word but when you scratch beneath the surface it means much less construction and far fewer jobs, particularly in rural areas," Schumer said.