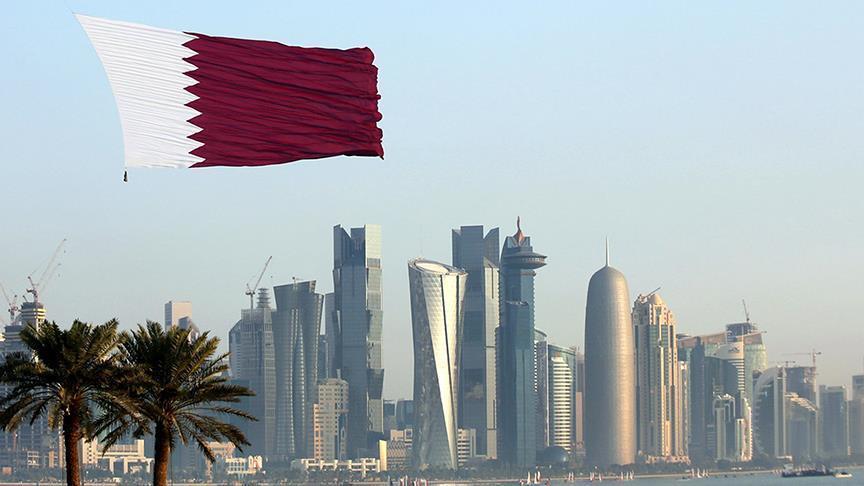 According to Abdullah, one of the main objectives of the Gulf Cooperation Council (GCC) when it was established in 1981 was the implementation of a "collective foreign policy" in the region.

"Since then, however, the GCC’s six member states have tended to pursue their own foreign policy agendas," Abdullah told Anadolu Agency.

Along with Qatar and Saudi Arabia, the GCC also includes Bahrain, Kuwait, the UAE and Oman.

“When Hamad bin Khalifa al-Thani became emir of Qatar in 1995, he attempted to remove the country from Saudi influence and began adopting a more independent foreign policy,” he said.

“Since then, Doha has adopted a different approach -- both regionally and internationally -- from its GCC partners,” he added.

"Some Arab countries, especially Saudi Arabia, were annoyed by Qatar's more independent approach and its efforts to become a regional leader,” the expert asserted.

"Riyadh would like to see Qatar fall back into line,” he added.

Abdullah stressed that a main reason behind the current diplomatic crisis was Qatar’s tendency to adopt more balanced regional policies.

"Qatar has managed to balance between Iran on one hand and the more anti-Iran Gulf states on the other,” he said, “thus safeguarding its political and financial interests."

"Doha has also managed to walk the line between certain Islamic movements and the western countries that view those movements as terrorist groups,” he added.

"While most Gulf states have also designated these groups as terrorist organizations, Qatar views them as legitimate movements with legitimate grievances and has therefore shown them support,” Abdullah explained, referring primarily to the Muslim Brotherhood and Hamas.

This, he went on to assert, “is one of the main reasons behind Qatar’s current crisis in relations”.

According to Mohamed al-Mukhtar al-Shinqiti, a Mauritanian political analyst, Qatar’s diplomatic crisis “didn't just come out of the blue”.

"The campaign against Qatar has been in the works for a long time,” he told Anadolu Agency.

"Riyadh openly opposed the [2011] Arab Spring, which Doha supported, while the UAE has long wanted to see Qatar’s regional power reined in," he said.

"Qatar’s foreign policy -- like that of Turkey -- is based on supporting groups in the region with legitimate grievances,” he added. “That’s why Qatar is being targeted in the same way Turkey was targeted in last year’s failed coup attempt."

"In its media coverage of last year’s coup plot against Turkey, the UAE showed its true colors,” Shinqiti said. “Now Qatar is being attacked with the same slander and lies."

“The fact that this unprecedented move [i.e., Qatar’s diplomatic crisis] occurred on the 50th anniversary of the 1967 Arab-Israeli war, when the Al-Aqsa Mosque [in East Jerusalem] was lost, lends credence to allegations that Zionists are behind it," he said.

Shinqiti believes Qatar is now being “punished” for its policy of supporting the Palestinian resistance and the 2011 Arab Spring, which led to a Muslim Brotherhood leader -- Mohamed Morsi -- winning Egypt’s first free presidential election.

After only one year in office, however, Morsi was ousted in a military coup that was openly supported by Riyadh and Abu Dhabi.

The crisis first began on May 23, when the website of its official news agency was reportedly hacked by an unknown group that allegedly posted false remarks -- attributed to Qatari Emir Tamim bin Hamad al-Thani -- about U.S. foreign policy and Iran.

Although Qatari officials insisted that the remarks -- some of which appeared to support Iran and Hamas -- had been the work of hackers, tensions quickly escalated between Riyadh and Doha, with Saudi media questioning Qatar’s “hacker” story.

The crisis came to a head on Monday, when Saudi Arabia, the UAE, Bahrain, Egypt and Yemen all abruptly severed diplomatic relations with Doha, citing “national security” concerns.

Turkish academics have also weighed in on the unfolding crisis.

“Qatar has been a major financial provider willing to involve itself in other countries’ internal relations,” he said.

“It has done this by supporting the Muslim Brotherhood in Egypt, involving itself in Turkey’s domestic politics, and playing a role in the ongoing Syrian conflict,” he added.

Can Acun, for his part, a researcher at Ankara-based think-tank SETA, decried the ongoing “smear campaign” against Qatar, linking it to U.S. President Donald Trump’s recent visit to the region.

“Something happened after Trump’s visit to Riyadh on May 21,” he said. “Shortly afterward, Qatar’s official news agency was hacked and false statements attributed to the Qatari emir were published.”

He added: “It appears the UAE was behind this move.”

According to the academic, the campaign against Qatar was prompted by several factors, including Doha’s support for Hamas and the Muslim Brotherhood and Qatar’s close ties with Turkey.

“At the recent summit in Riyadh, Iran was completely isolated by the Gulf countries -- with the exception of Qatar,” he pointed out.

Acun believes that, once the Gulf countries -- led by Saudi Arabia -- had been reassured of Washington’s support, the anti-Qatar campaign began, with Egypt and Yemen both quickly coming aboard.

Ultimately, he said, the main objectives behind the diplomatic quarantine of Qatar are “the eradication of the Muslim Brotherhood and Hamas and the isolation of Turkey and Iran”.

*Ali Murat Alhas contributed to this report from Ankara