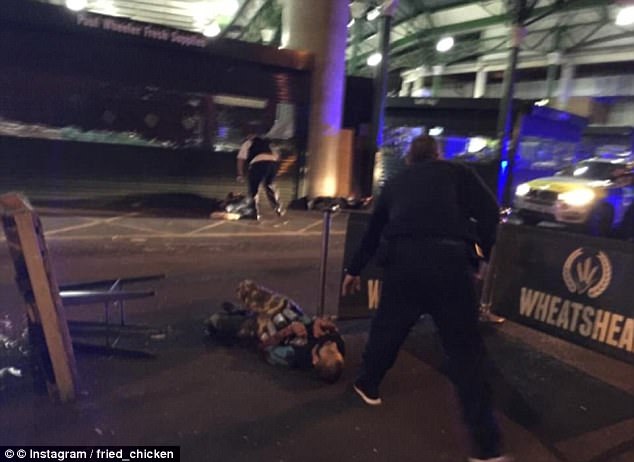 This is the heart-stopping moment the London Bridge terrorists lunged to stab a drinker before being shot dead by armed police in a hail of 50 bullets.

The video shows how they first tried unsuccessfully to enter the Wheatsheaf pub but were stopped by staff who barricaded the doors. Then they launched themselves on a passer-by in a vicious knife attack.

But the 23 seconds of mayhem ended when officers jumped from their still-moving Armed Response Vehicle and opened fire with assault rifles, shooting the terrorists dead.