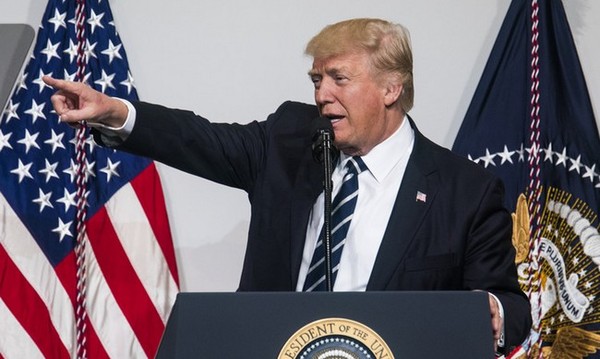 U.S. President Donald Trump on Tuesday criticized the San Francisco-based 9th U.S. Circuit Court of Appeals one day after it handed him another legal setback by refusing to revive his U.S. travel ban on people from six Muslim-majority nations.

"Well, as predicted, the 9th Circuit did it again - Ruled against the TRAVEL BAN at such a dangerous time in the history of our country. S.C." he wrote on Twitter, apparently referencing the U.S. Supreme Court, which could act as soon as this week on his administration's request to reinstate the order.