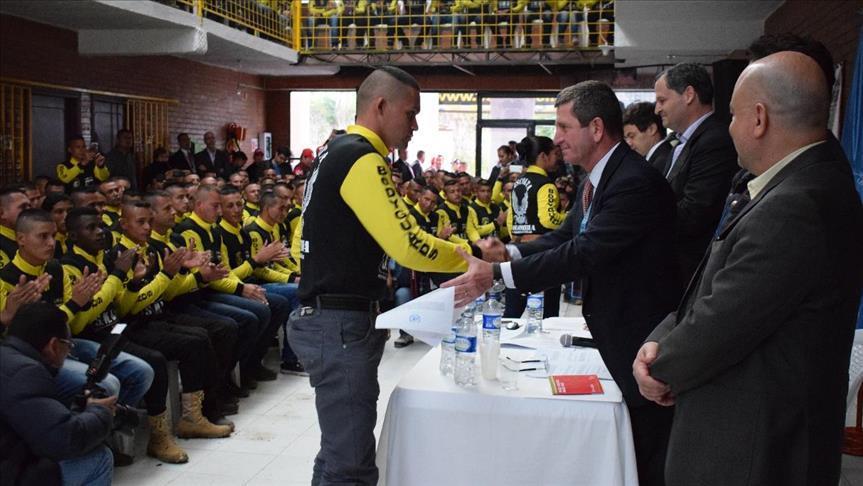 FARC rebels on Tuesday moved up by one day a date to partially disarm and handed over to UN observers an additional 30 percent of the group’s weapons.

“We have made an autonomous decision to bring forward the disarmament process,” Revolutionary Armed Forces of Colombia (FARC) leader Rodrigo Londoño said via Twitter from Norway, where he is participating in a peace forum.

The handover was the second batch of weapons the guerrilla group has ceded and leaves it with 40 percent of the arms it once owned.

Colombian President Juan Manuel Santos, along with the former presidents of Uruguay and Spain, was supposed to attend a ceremony in the FARC’s transitional camp in La Elvira, Cauca, in southwestern Colombia, but poor weather prevented the trip.

In accordance with the new timeline established at the end of May, the FARC will hand over the remaining weapons June 20.

While the majority of the rebels remain in 26 transitional camps around the country as they disarm and reintegrate into society, 305 guerrillas have been granted amnesty and are being trained as bodyguards.

They will eventually act as official security guards in the government’s National Protection Unit (UNP) security agency and will safeguard members of a political party the FARC will form.

“The selection process is barely beginning and the total number of individuals selected will depend on the security needs,” Diego Mora, director of the UNP, told the El Tiempo newspaper Tuesday.

He added that the guerrillas selected for the program would be subjected to physical, psychological and technical trials during a 45-day training period.

A special deal in being worked on that would allow guerrillas an opportunity to admit to crimes and receive non-custodial sentences.

Those who reject the deal and are found guilty at trial would face prison terms of more than eight years.

Amnesty will not be offered to rebels who admit to the most serious crimes, including genocide, kidnapping, torture and recruiting minors.