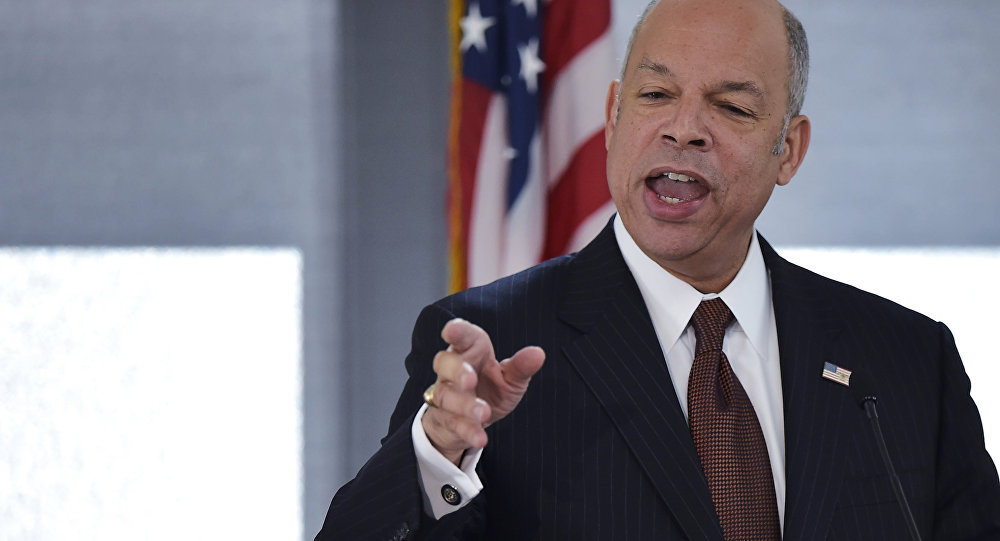 Jeh Johnson will deliver his testimony to the House Intelligence Committee in a public hearing on Wednesday.

Former US Homeland Security Secretary Jeh Johnson will deliver his testimony to the House Intelligence Committee in a public hearing on Wednesday, according to the US House of Representatives calendar.

Johnson’s testimony is scheduled to begin at 10 a.m. EST (2 p.m. GMT), the calendar revealed on Wednesday.

The US House Intelligence Committee is investigating alleged Russian interference in the 2016 presidential election.

Congressman Adam Schiff, the top Democrat on the committee, said last week that its members would invite Johnson to testify in an open session, followed by a closed session.

Russian officials including President Vladimir Putin have denied allegations that the Kremlin interfered in the vote, saying Moscow does not interfere in the affairs of other countries.