Doha yet to see demands from Riyadh and allies 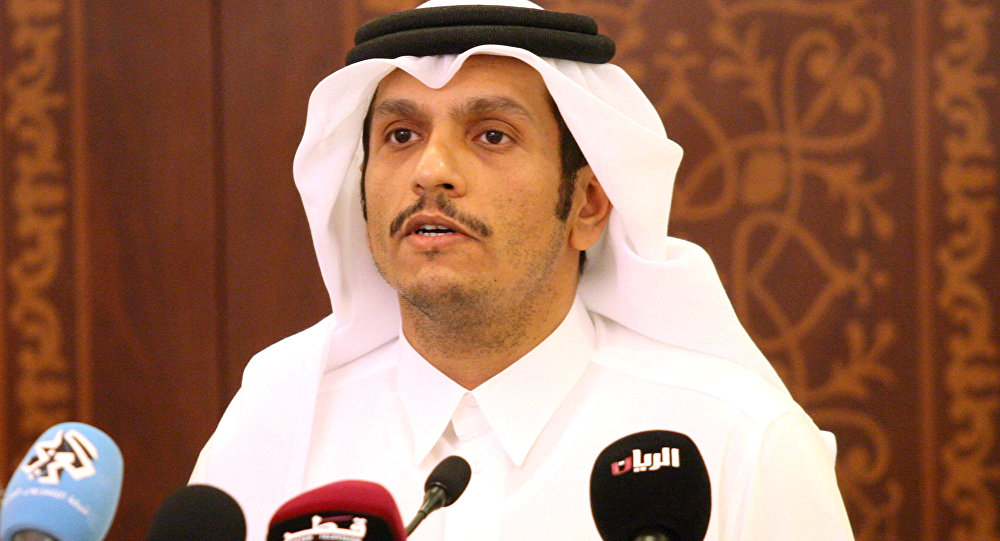 Qatar has yet to see any demands from Saudi Arabia and its allies as they continue an embargo on the country, according to Sheikh Mohammed bin Abdulrahman Al Thani, Qatar's foreign minister.

Axar.az reports citing Aljazeera.
Kuwait is working to mediate the dispute between Gulf Cooperation Council (GCC) states that began nearly two weeks ago.
"So far Kuwait hasn't received any demands from any GCC nations or even a list of the so-called accusations," Sheikh Mohammed bin Abdulrahman said on Saturday in an interview with Qatar TV.
"We're just confused about what these demands could be.
"The fact that they don't even have clear demands ready shows that all of their accusations are baseless."
Saudi Arabia, the UAE, Bahrain, along with Egypt, cut diplomatic and transport ties with Qatar on June 5, accusing Doha of supporting "extremism" and their regional ally Iran - charges that Qatar has repeatedly denied.
The three Arab Gulf countries also ordered Qatari nationals to leave within 14 days, while Saudi, UAE and Bahraini citizens were also given the same timeframe to leave Qatar.
They later issued a list of 59 people and 12 groups with links to Qatar, alleging that they have ties to "terrorism".
The list included several prominent Qatari charities that carry out life-saving work across the Middle East and elsewhere, including in Syria, Yemen, Sudan and Palestine.
Speaking in London on Friday, Adel al-Jubeir, Saudi Arabia's foreign minister, said his country was drawing up a list of "grievances" involving Qatar.
"I would not call them demands. I would say it is a list of grievances that need to be addressed and that the Qataris need to fix," he said.
Jubeir did not detail what complaints could be made, but added that they will be presented "very soon".
The blockade has disrupted imports of food and other materials into Qatar and caused many foreign banks to scale back their business with the country.
Amnesty International, the rights group, has criticised the move, accusing the Arab Gulf states of toying with the lives of thousands of people in their dispute with their neighbour.