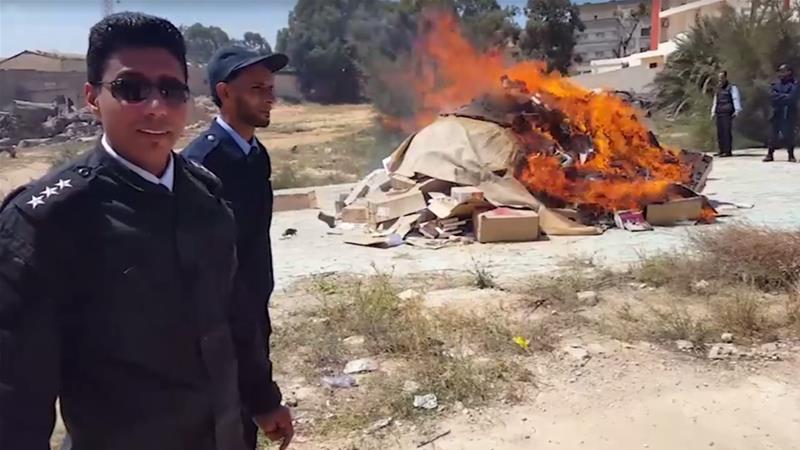 Forces loyal to renegade Libyan general Khalifa Haftar have destroyed more than 6,000 books, including works on religion, politics, poetry and philosophy in a mass book-burning.

Axar.az reports citing Aljazeera.
According to a video posted on Facebook by Al Manara, a Libyan media platform, more than 6,000 books - including reported biographies of the Prophet Muhammad - were destroyed by a police force in the eastern city of Benghazi on Saturday.

Books by Egyptian Nobel Prize-winning novelist Naguib Mahfouz and Arabic translations of books by German philosopher Friedrich Nietzsche were among dozens seized from a truck heading from Tobruk to Benghazi.
A video of the book seizure was posted online where security officials denounced the "cultural invasion," claiming the works promoted sorcery, as well as erotic materials.
In an open letter, more than 100 novelists denounced the confiscation, calling it "intellectual terrorism".
Libya descended into a civil war after a popular uprising toppled long-time leader Muammar Gaddafi in 2011.
The country has splintered into rival political and armed groups, with the factions backing opposing governments and parliaments in the east and the west.
Haftar, who has the backing of Egypt and the UAE, controls large parts of eastern Libya and is aligned with the Tokruk-based government. He has staged several bloody attacks against other Libyan militias and designated the Muslim Brotherhood as a "terrorist group".