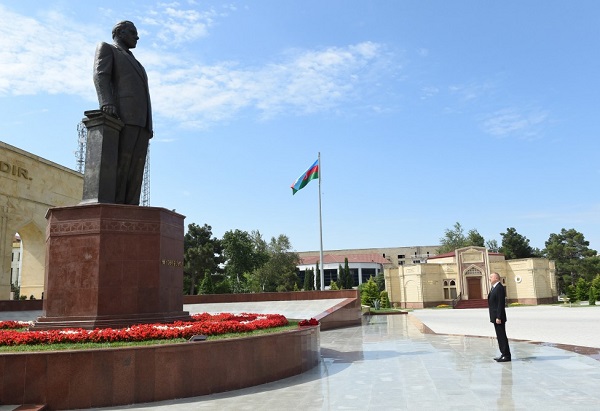 President of the Republic of Azerbaijan Ilham Aliyev has today arrived in country’s Shirvan city.

Report informs, the head of state laid flowers at the statue of nationwide leader Heydar Aliyev erected in the center of Shirvan.

The head of the Shirvan City Executive Authority, Mardan Jamalov, informed President Ilham Aliyev about the work carried out around the statue.