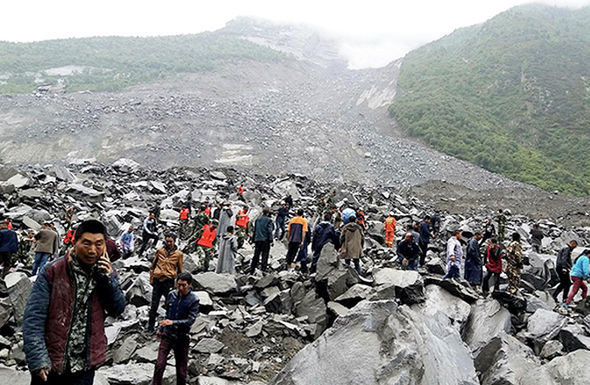 More than one hundred people are feared buried beneath a monstrous landslide after it demolished their village in southwest China’s Sichuan Province, local officials have said.

Axar.az reports, at least 40 homes in the village of Xinmo were swamped under the gushing flow of debris as the side of a mountain collapsed around 6.00am local time (11pm BST).

A rescue operation is now under way to try to locate and rescue the missing.

The Maoxian government released a statement branding the incident as a “first class catastrophic geological disaster”. Although the cause and extent of the disaster is still unclear.

The fallen debris from the side of the mountain has blocked a two kilometre stretch of a river.

The Chinese state news agency Xinhua said the the rocks may have come from "part of a mountain" in the Tibetan and Qiang Autonomous Prefecture of Aba.