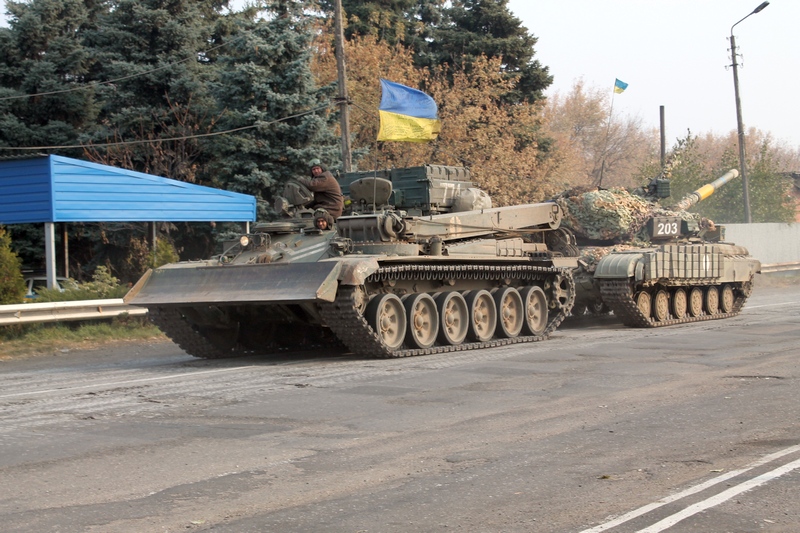 The Ukrainian military seven times over the past 24 hours opened fire on the self-proclaimed Lugansk People’s Republic (LPR), LuganskInformCenter said on Sunday referring to the republic’s militia.

"Under fire were districts in Pervomaisk, settlements Kalinovo, Sokolniki, Smeloye and Novokiyevka," the agency quoted the source. The military used 120 and 82mm mortars, weapon of infantry fighting vehicles, grenade launchers and small arms.

On Wednesday, Martin Sajdik, the special envoy of the OSCE chairman-in-office said ‘peace and quiet order’ would cover the entire harvesting season from June 24 through to August 31 and therefore the parties to the Minsk talks decided to call it a ‘bread ceasefire’.

Ceasefires have been declared many a time in Donbass since the spring of 2014, when the armed civil conflict broke out in eastern Ukraine. The conflicting sides agreed them at beginning of school year, before Christmas, before Easter, on the eve of the Children’s Day and so on. Officials voiced hopes the ceasefires would grow into indefinite ones but none of the declared periods of truce would last long - the shelling resumed after a couple of weeks, in a few days or even hours.

The head of the OSCE’s Special Monitoring Mission (SMM) in Ukraine, Alexander Hug in his recent report pointed to the failure to comply with the ceasefire provisions and to pull back the weaponry. SMM reported a total of 45 civilians died because of armed actions in Donbass from January 1 through mid-June and another 216 were wounded. This is a double growth year-on-year, Hug said. In 2016, 23 people died and another 84 were wounded.