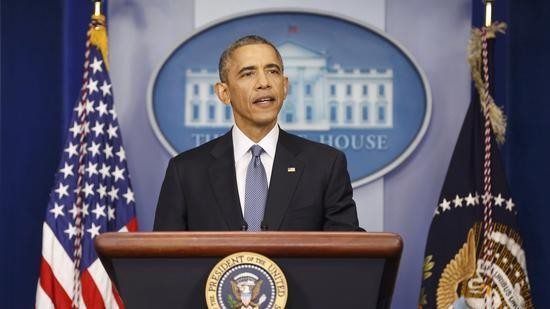 Azerbaijan is a critical partner in preventing nuclear smuggling, US President Barack Obama said at the press conference following the 4th Nuclear Security Summit in Washington.

Azerbaijan like many countries participated has already taken a number of steps, said Barack Obama.

"There are countries that could potentially be transit point for smuggling nuclear materials, and so they worked with us on border controls and detection. And because of Azerbaijan's location it is critical partner in this process," Obama said.

He also pointed out that the focus of this summit was the securing of nuclear materials and making sure that they don't fall in the hands of terrorists.