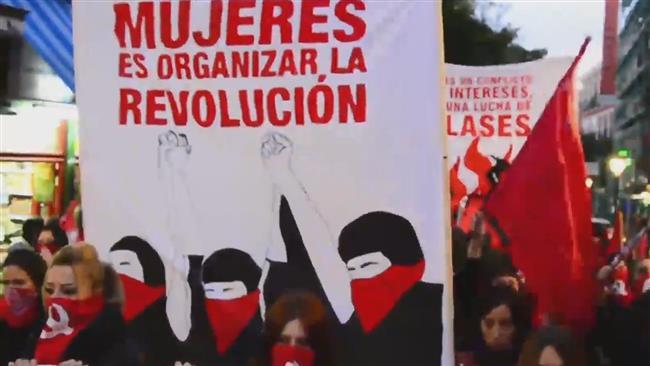 Protesters carried banners with slogans such as "Nothing to lose except chains" and "Internationalism breaks the people's chains."

Axar.az reports citing Press TV that many of the protesters marched through the Spanish capital with their faces covered by red scarves bearing the hammer and sickle symbol, first conceived in the Russian Revolution.

As night descended, some of those marching set off flares, illuminating the sky in a red glow.